About an hour drive south from Guadalajara is the Colima Volcano, an active stratovolcano that straddles the Colima-Jalisco border.

While an impressive sight even when not spewing ash and lava, like any other volcano its most dramatic poses are captured only by those with the patience of Job and the timing of a trap-door spider. 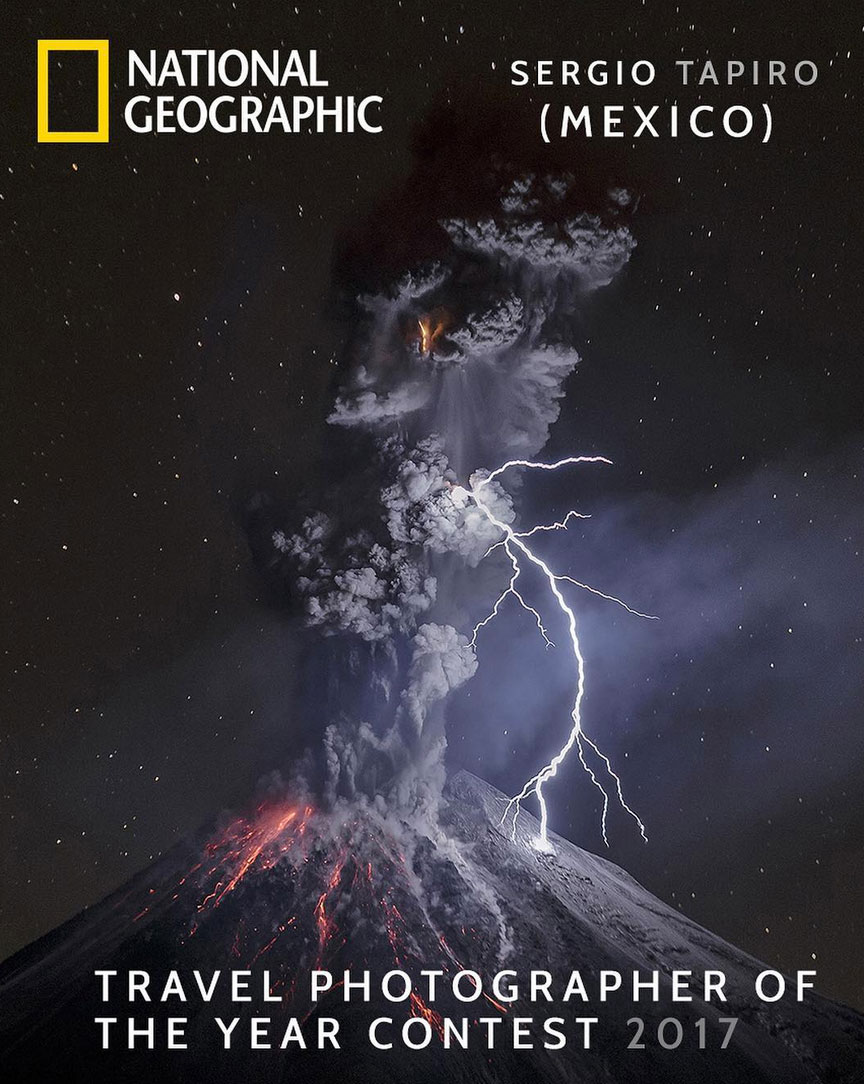 Mexican photographer Sergio Tapiro Velasco has earned himself first prize in a National Geographic travel photography competition for capturing the Colima Volcano at her most eye-popping — right at the moment a bolt of lightning illuminated her lava-streaked flanks and a towering column of ash shooting up from her glowing cone.

“The Power of Nature,” as Velasco has dubbed the shot, had already been awarded third place in the 2106 World Press Photo Contest before being singled out from a field of 15,000 entries for the top prize by National Geographic.