An October 20 New York Times editorial by Roberta S. Jacobson, the former U.S. ambassador to Mexico, casts light on the chaotic period of her term of office following Donald Trump’s accession to the presidency in January, 2017, a period when she admits she often had to “defend the indefensible.” 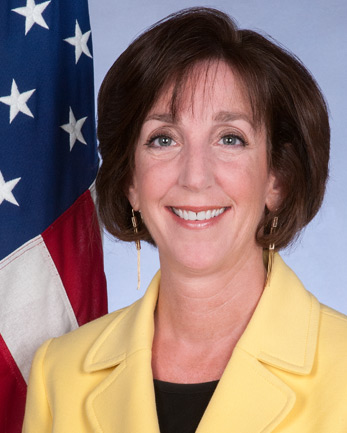 The hard-hitting piece, titled “My year as a Trump ambassador,” reveals the difficulty the 30-year foreign service career veteran had to carry out competent diplomacy amid Trump’s hostile attitude toward Mexico and repeated threats to end the North American Free Trade Agreement (Nafta), a deal she said had made “countless American industries more competitive and … cemented a shift in our relations with Mexico to the benefit of the United States.”

Noting the impossibility of getting coherent answers and guidance on key issues from senior State Department officials (Secretary of State Rex Tillerson rarely took calls from even senior ambassadors, she said), Jacobson related the moment she was pulled aside at a major trade event by President Enrique Peña Nieto and told, bluntly, “what the hell is going on” with Trump and reports that he intended to sign a draft document informing Mexico and Canada that the United States would withdraw from Nafta. (The missive was never sent.)

Jacobson acknowledges that cooler heads finally prevailed and is pleased the new trade deal keeps much of the original agreement intact, while adding some new provisions.

Her analysis of the Trump White House’s foreign policy is damning. Jacobson decries the 30 ambassadorships that remain vacant and the seemingly intentional disconnect between the White House and the State Department that “leaves ambassadors in impossible positions and our allies across the globe infuriated, alienated and bewildered.”

Jacobson also lamented the fact that the work by successive U.S. administrations to “vanquish the anti-American DNA in Mexico” was being destroyed.

In a parting shot, she highlighted the importance of having Mexico as a close ally in tackling the United States’ most difficult domestic problems.

“But I am not confident of that,” she wrote.

Since resigning her ambassadorship in May of this year, Jacobson has left the foreign service and taken up a post as a Pritzker Fellow at the Institute of Politics at the University of Chicago.