Lawyers representing Naasón Joaquín García, the spiritual leader of the Luz del Mundo Church, who is facing serious charges of sexual misconduct in California, hit back Friday, denouncing prosecutors for tainting the case by their remarks.

Allen Sawyer, of the firm Rosenfeld & Sawyer, said California Attorney General Xavier Becerra has compromised the presumption of innocence after he described the Guadalajara-based church’s leader as “demented” and demanded bail of US50 million, the highest-ever amount in the history of Los Angeles Country. He refuted Becerra’s claim that Luz del Mundo followers could raise the funds through donations, because this is forbidden under church regulations.  Calling the amount of bail “scandalous,” Sawyer said the charges are “100-percent false” and that Joaquín is a victim of  “technological lynching,” noting that the original complaints were made online through a Facebook account.

Joaquín has been charged with human trafficking, child rape and child pornography. He denies the accusations. 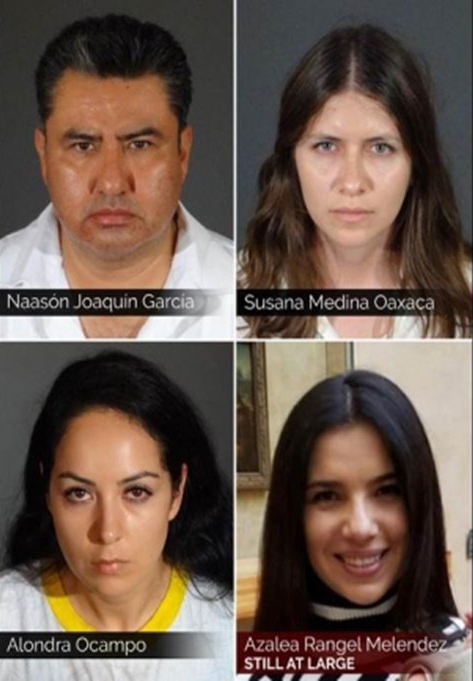 The fundamentalist church has registered more than 900 cases of discrimination or intolerance toward its members since the arrest of Joaquín García, according to church spokesperson Silem García Peña. At a press conference in Mexico City Tuesday, he said a letter has been sent to President Andres Manuel Lopez Obrador asking for “precautionary measures” to ensure the safety of the church’s members.

García Peña blamed the “irresponsible” comments of the California attorney general for generating “a climate of hate and discrimination.”

He also accused some teachers at public schools of making fun of young members of the church and even excluding them from some activities.

Many hateful comments have been posted on social media sites, he said.

Despite García Peña’s claims, no formal complaint of a specific incident has been registered with the National Council to Prevent Discrimination (Conapred), news reports say.

García Peña said much of the abuse has been in Jalisco, where many Luz del Mundo members live.

Governor Enrique Alfaro said he was “completely taken aback” after learning of the accusations against Joaquín Garcia. “This church was founded in Guadalajara and has a great number of adherents. It has my respect and solidarity,” he said.

Alfaro admitted he has had several dealings with Joaquín Garcia during his time as mayor of Guadalajara and as governor but “never imagined hearing news such as this.”

On Tuesday, the Jalisco government issued a statement calling on all citizens to treat all Luz del Mundo members with respect.

Despite the reports of intolerance, Alfaro said there are no plans to provide extra security in the Hermosa Provincia neighborhood of Guadalajara, where the church’s temple is located and many of its adherents reside.

Joaquín García will continue to serve as Luz del Mundo’s leader while in detention, a church spokesperson said.