On January 21, 2017, longtime Ajijic resident Tom Thompson was the first speaker at Ajijic’s Stand Together demonstration held in alliance with the Women’s March on Washington during the inauguration of U.S. President Donald Trump.

“Our task at hand is to listen closely to the Trump supporters,” he said. “Not all of them are racists, homophobes, liars, hypocrites, science deniers or misogynists like the new president. Many are just ordinary people like us, not rich, not powerful, just regular voters [who] want a better America … We need to keep focused, not by screaming and yelling, not by insulting … I encourage each of you to reach out to one Trump follower, show by example that building bridges not walls is the only way to move forward!”

This Thursday, almost four year later, and just one day after the extraordinary events of January 6 that saw pro-Trump protesters storm the U.S. Capitol in an almost unthinkable challenge to democracy, Thompson’s disposition had spun 180 degrees.

“That was obviously a pipe dream,” the owner of Ajijic’s Barbara’s Bazaar told this newspaper. “Then I was trying to be a peacemaker, not wanting to make enemies.”

Like millions of other Americans, Thompson was outraged as he watched the situation unfold in Washington on Wednesday. 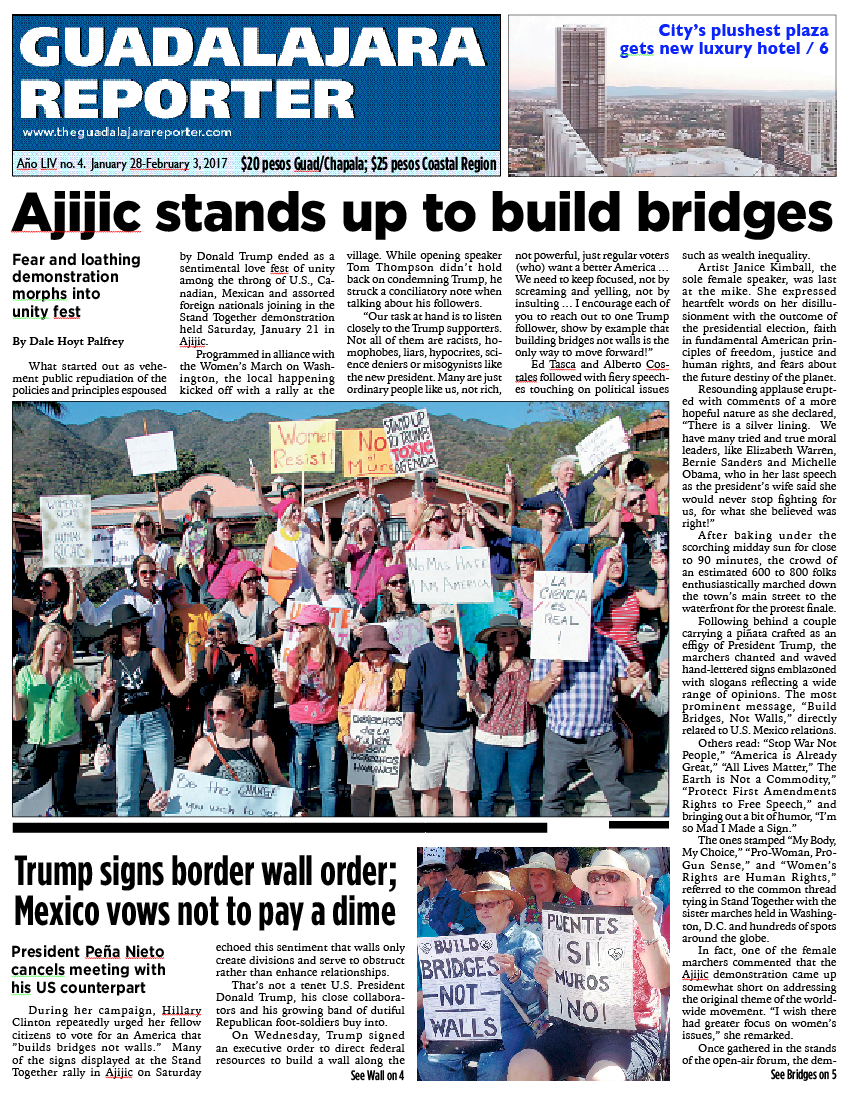