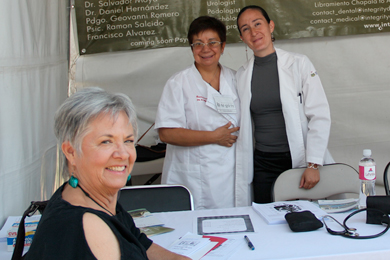 By 2020 as many as two million foreign retirees will make Mexico their home, according to estimates revealed by Luis Alfonso Lugo Platt, undersecretary of the federal Tourism Ministry (Sectur) during the inauguration of the Baby Boomers 50+ Living Show, held last weekend at Ajijic’s Hotel Real de Chapala.

Those government projections translate into the potential for a boom in a whole new commercial sector in the country’s economy and excellent opportunities for entrepreneurs who figure out how to market goods and services that cater to seniors, says Javier Govi, founder and CEO of the Mexican Association of Retirement Communities (AMAR).

AMAR put together the two-day fair held June 8 and 9 at Ajijic’s landmark hotel with the idea of giving businesses already involved in the retirement industry exposure in the nation’s largest expatriate community. Attendance was somewhat slack, but reasonably good considering the event’s timing at the peak of the area’s off season. 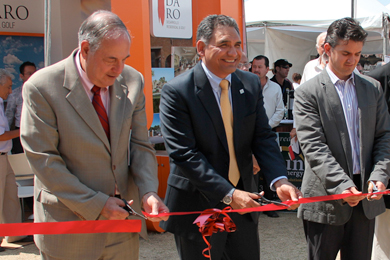 Visitors got the inside scoop on a wide range of commercial enterprises offering health care, services, retirement and vacation destinations in different parts of the country and creature comforts to enhance the golden years. As they wandered the fair grounds, guests were treated to doughnuts and coffee compliments of Tio Corp insurance brokers, margaritas and free shots poured out by Tequila Don Vito and samples of different ales from micro-brewery Cerveza Real.

Many also took advantage of an extensive series of conferences on south-of-the-border retirement living. David Truly opened the program with a well-received presentation entitled Intrepid Scouts, outlining trends in expatriate migration to Mexico from the early 1900s to the present day.

The cultural angle of the event featured performances by various dance troupes and by an exhibition of works by local artists.