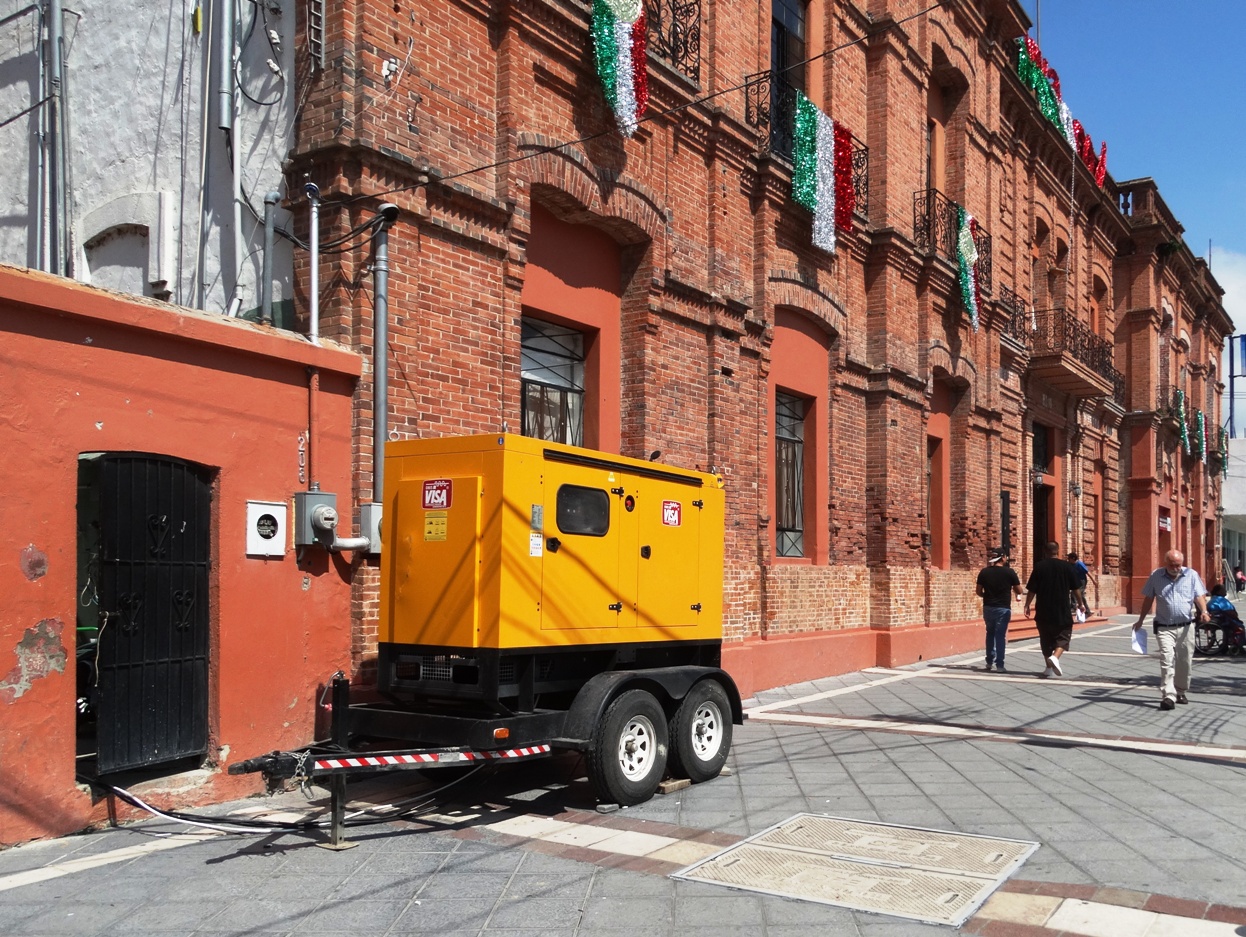 Power was provisionally restored the following morning after a generator rented from a private company was hooked up from the sidewalk outside the government palace.

City Manager Sergio Hugo García Díaz acknowledged that the government was in arrears to the electric utility for 800,000 pesos, corresponding to four months’ worth of electrical service to feed the municipality’s public street lighting. The official explained that running the generator will cost 20,000 pesos per day until Chapala’s treasurer manages to reach an agreement with CFE’s management to settle the outstanding debt.

The utility company reportedly holds an additional claim against the municipality amounting to nearly four million pesos for government properties that were illegally connected to electrical lines during previous administrations without service contracts.

Apparently the matter was not resolved immediately, as a CFE crew returned Wednesday afternoon to cut the juice to the former town hall building that houses the municipal cultural center and traffic department office.