Chapala Mayor Moisés Anaya sat down in front of a video camera set up at the waterfront Malecón early Monday, October 29, for the debut of weekly live transmissions to run on the local government’s Facebook page as a means of communicating with his constituents. 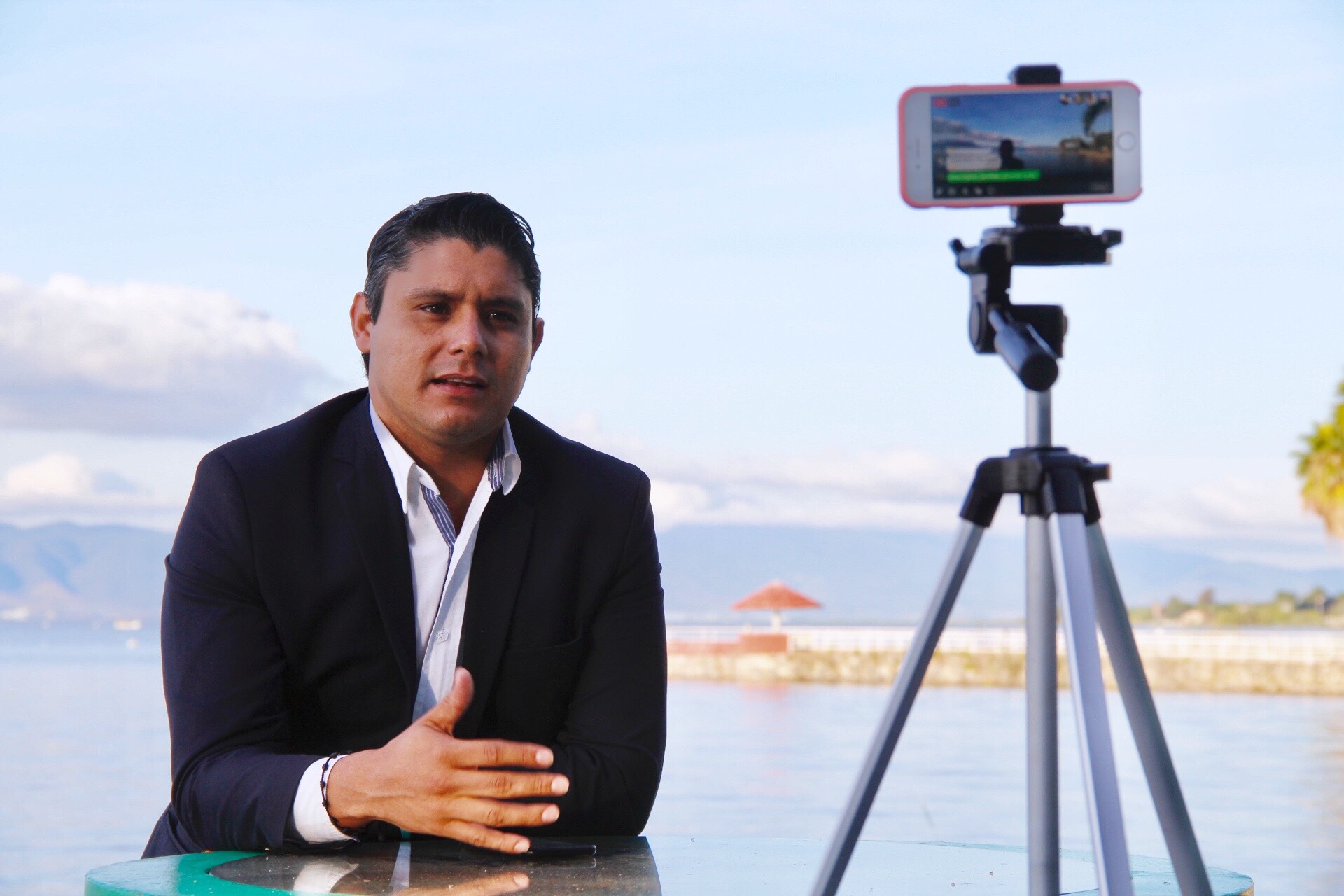 Anaya started the 10-minute broadcast with a policy statement regarding rumored plans for the construction of apartment towers near Ajijic’s Tepalo waterfall hiking trail. The mayor said his administration has no record of permits issued for the alleged project and will not authorize any urban development on the mountain range defined as a protected natural area.

The next topic referred to irregularities that have been detected in public works projects carried out under the previous administration. A report on revision of financial accounts and city hall business over the past three years will be released later this month.

The mayor announced progress on various street repairs projects, including a major overhaul of Chapala’s Calle Lázaro Cardenas and provisional pothole patching along Avenida Hidalgo and the Chapala-Ajijic highway.

The live transmissions will be continued every Monday, starting around 7.30 a.m. Viewers can post comments as they watch. Late risers will be able to see replays at their leisure by tuning in to Gobierno Municipal de Chapala on Facebook.