New real estate listings for the sale of large plots of mountain terrain, the flexibility of current zoning regulations, suspicion of under the table deals with local government officials, the inadequacy of existing infrastructure are all ominous omens that rampant urban development poses a serious threat to the local environment and quality of life Ajijic’s inhabitants. 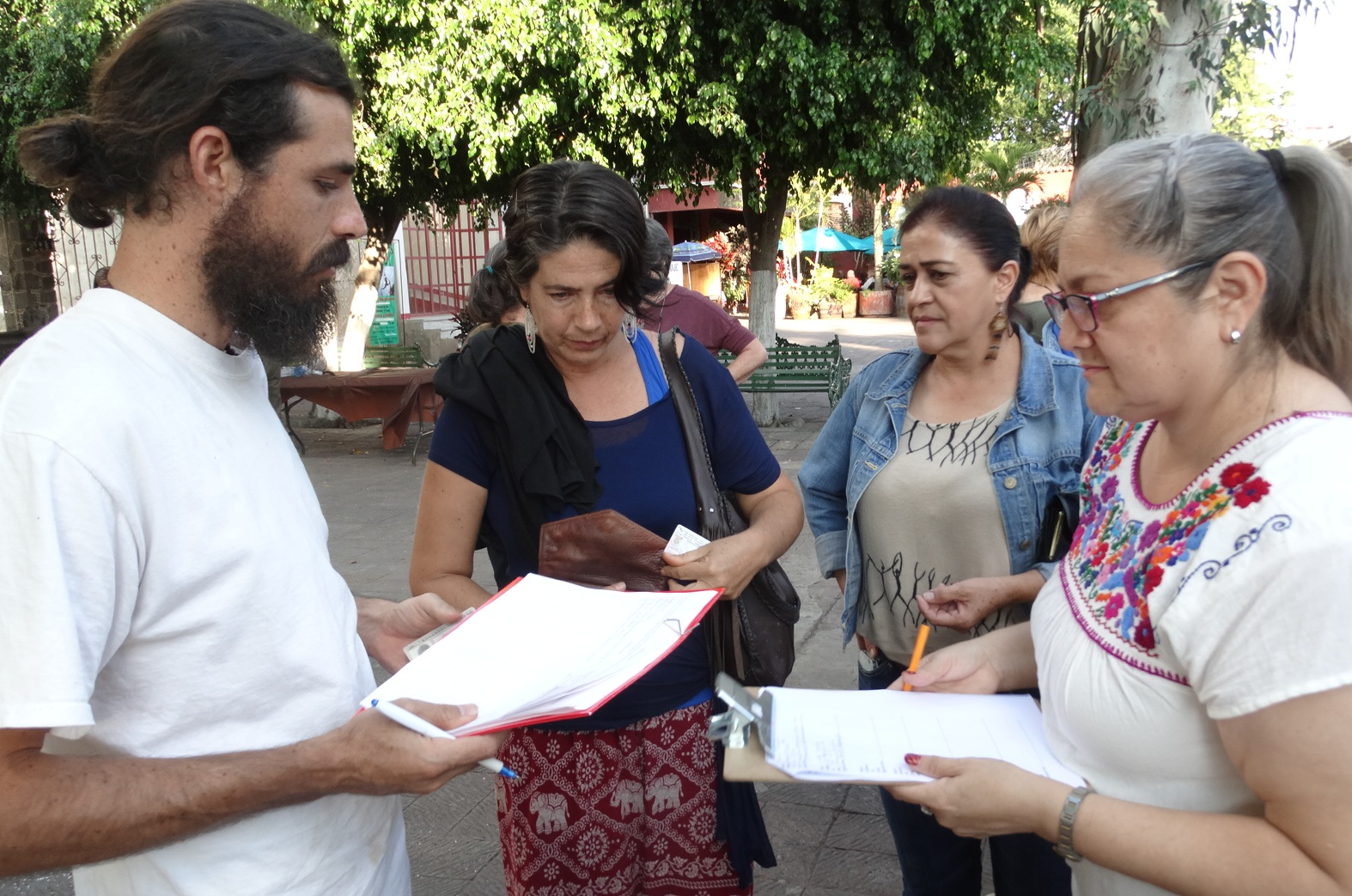 That is the position expressed by the grassroots organization Chimalli Ajijic at a public meeting held Saturday, December 8 at the town plaza.

The event attracted around 100 local residents with a high percentage of foreign citizens. The absence of Mexican citizens was attributed to the coincidental simultaneous timing of the funeral service for a distinguished native son.

One purpose of the gathering was to inform the public about properties that are on the market that could be used for housing developments. Attendees also learned about related authorizations that may have been granted by the municipal government’s Urban Development office.

The areas in question are upper elevations of land stretching across Ajijic, from the Libramiento bypass to the municipality’s boundary with Jocotepec.

Specific cases include a property located north of Riviera Alta, a 30-hectare plot tucked in the hills in the vicinity of the Tepalo hiking trails, land under development in upper Rancho del Oro and La Pueblita and a retirement housing complex in the early stages of construction on Ajijic’s western outskirts.

Thanks to transparency regulations allowing access to public information, Chimalli has ascertained that a request for a finding on standing land use zoning in the Tepalo area was issued in March of this year by Chapala’s former urban planning director, ostensibly clearing the way for the rumored construction of multi-story apartment buildings.

However, a response to the information request from the department’s incumbent director indicated that the city has no record of corresponding development plans, feasibility studies, authorization by the city council, nor urbanization and construction permits.

Another objective of the meeting was to recruit volunteers for Chimalli’s eight action committees. In addition, the group solicited donations to mount a legal defense against the devastation caused by unchecked urban sprawl.

Just over 30,000 pesos was collected on the spot. The funds were immediately deposited in Bancomer Account #0468878021, jointly managed by Howard Feldstein, Pedro Dario Márquez and Treasurer Marichuy Venegas. The amount is sufficient to get the ball rolling by retaining an experienced Mexico City lawyer to lead the fight.

Concerned residents are urged to attend a follow-up meeting set for Saturday, December 15, 7 p.m., at the Centro Cultural Ajijic.