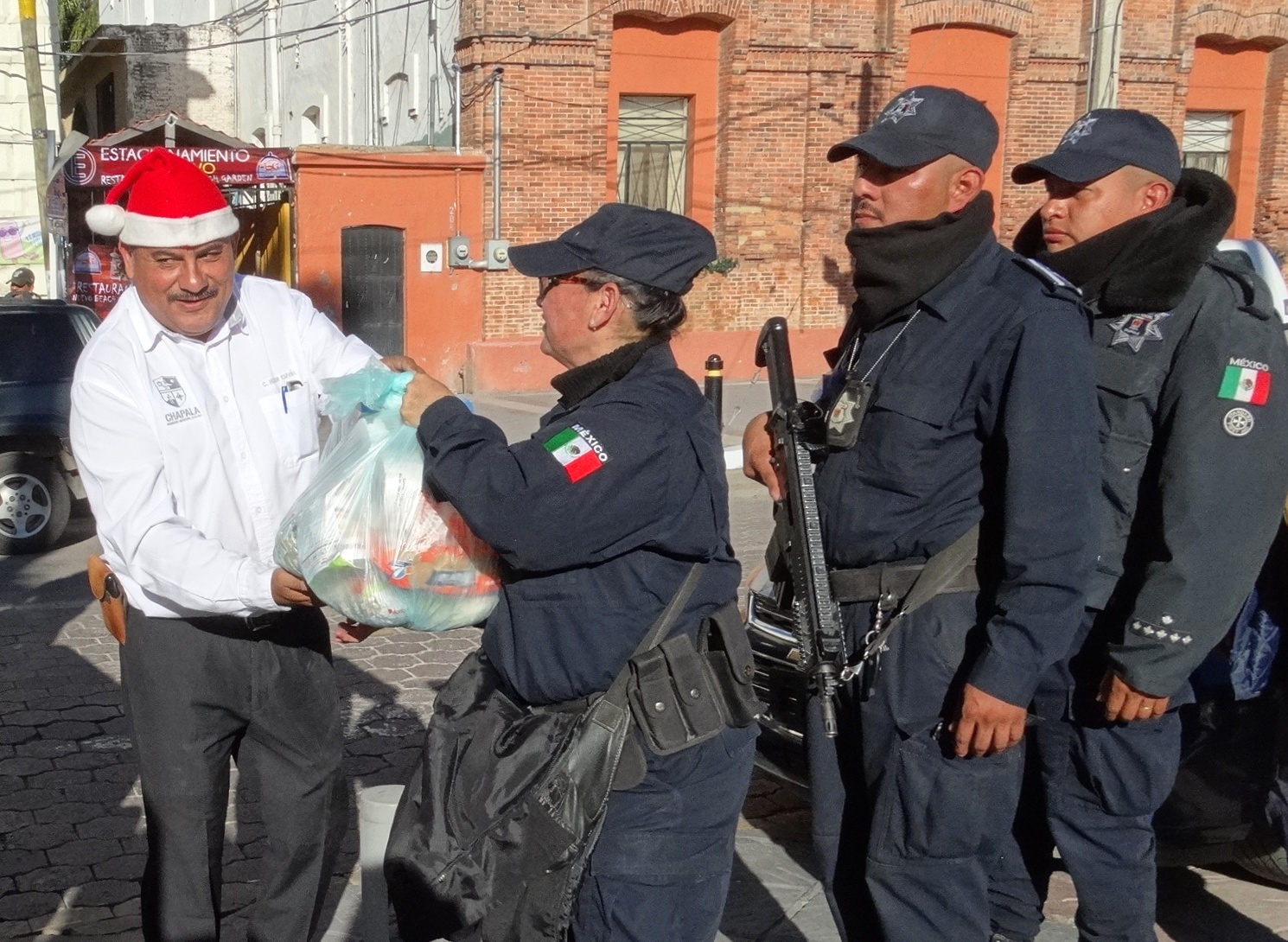 The crew of 80 men and women who rise early each day to sweep local streets, plazas and boardwalks received their Christmas despensas containing basic food items and household supplies at a ceremony held Thursday, December 20, on the esplanade opposite City Hall. The bags of goods were purchased with funds raised in conjunction with the December 13 screening of “It’s a Wonderful Life,” jointly organized by the city’s foreign community liaison Héctor España and Catherine-Claire Blythe, administrator of the Gringos Ajijic & Lakeside Facebook group.

Disbursement of an additional 80 despensas for staff  of Chapala’s police force took place the following day at the same place. The cost of the supplies was covered by proceeds from the November 2 Ajijic cemetery tours coordinated between España and Harry Bublin, who originated the event seven years ago to introduce the Day of the Dead customs to expatriates.

Mayor Moisés Anaya presided on both occasions, expressing his gratitude to foreign immigrants for their generosity and appreciation of the government’s hard-working employees. He closed by wishing one and all Feliz Navidad and to enjoy the company of loved ones.