Members of Chapala’s Urban Development Commission hunkered down for nine and half straight hours on Friday, January 18 to hash out decisions on diverse matters, including problems related to controversial and irregular building projects currently underway and others that may emerge in the future. 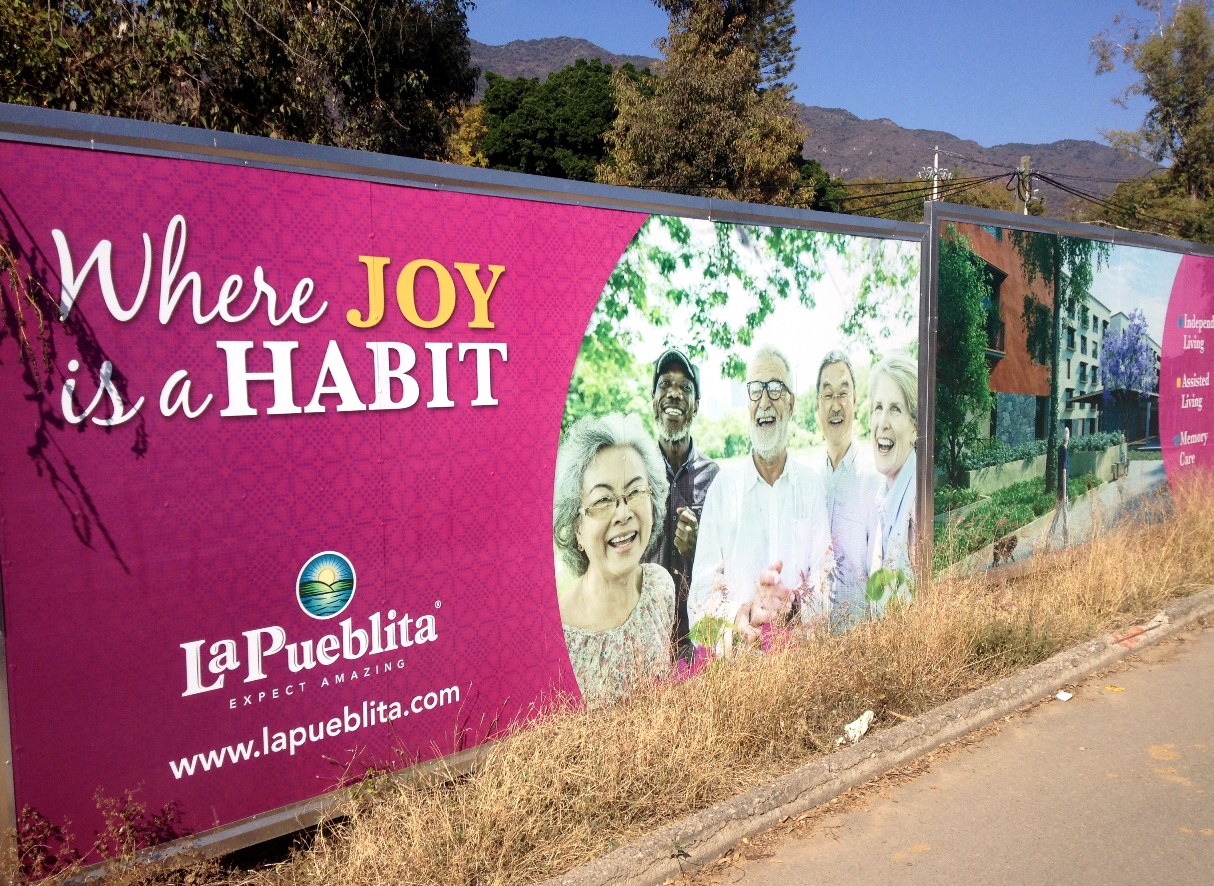 Near the end of the session the panel voted to annul an official finding on zoning for mountain land adjacent to Ajijic’s El Tepalo hiking trail issued in March of this year.

The tone of discussion indicated the government’s tendency will be to support investment in community growth while maintaining a tight grasp on urbanization and building rules.

First up was La Pueblita, a residential retirement complex on the western outskirts of Ajijic. The principal bone of contention concerned the value and dimensions of land to be ceded to the government as required by law. The proposal for resolving the issue centered on striking a deal to trade off a section of the property for an equivalent off-site location for a new Ajijic cemetery.

The remaining cases of anomalies involved seven condominium developments, two hotels, the private hospital under construction opposite Chula Vista and a sprawling subdivision projected for land above Las Brisas surrounding the future location of a University of Guadalajara campus. All were approved for regularization procedures.

The next item dealt with approval for new projects, including three condominiums in Ajijic, a small subdivision adjacent to Vista del Lago and the fourth stage of the Cumbres de Chula Vista development.  The commission set terms for modifying zoning specifications for the construction of a waterfront hotel and two residential complexes in Ajijic, plus a gas station in Atotonilquillo.

The proceedings continued to discussion of three administrative acts issued by the previous administration’s Urban Planning Director José Barajas Gómez. The first related to a building permit for a complex of ten tiny houses in Chapala that do not conform to established size specifications. The third case concerned two constructions improperly situated on top of a creek bed. 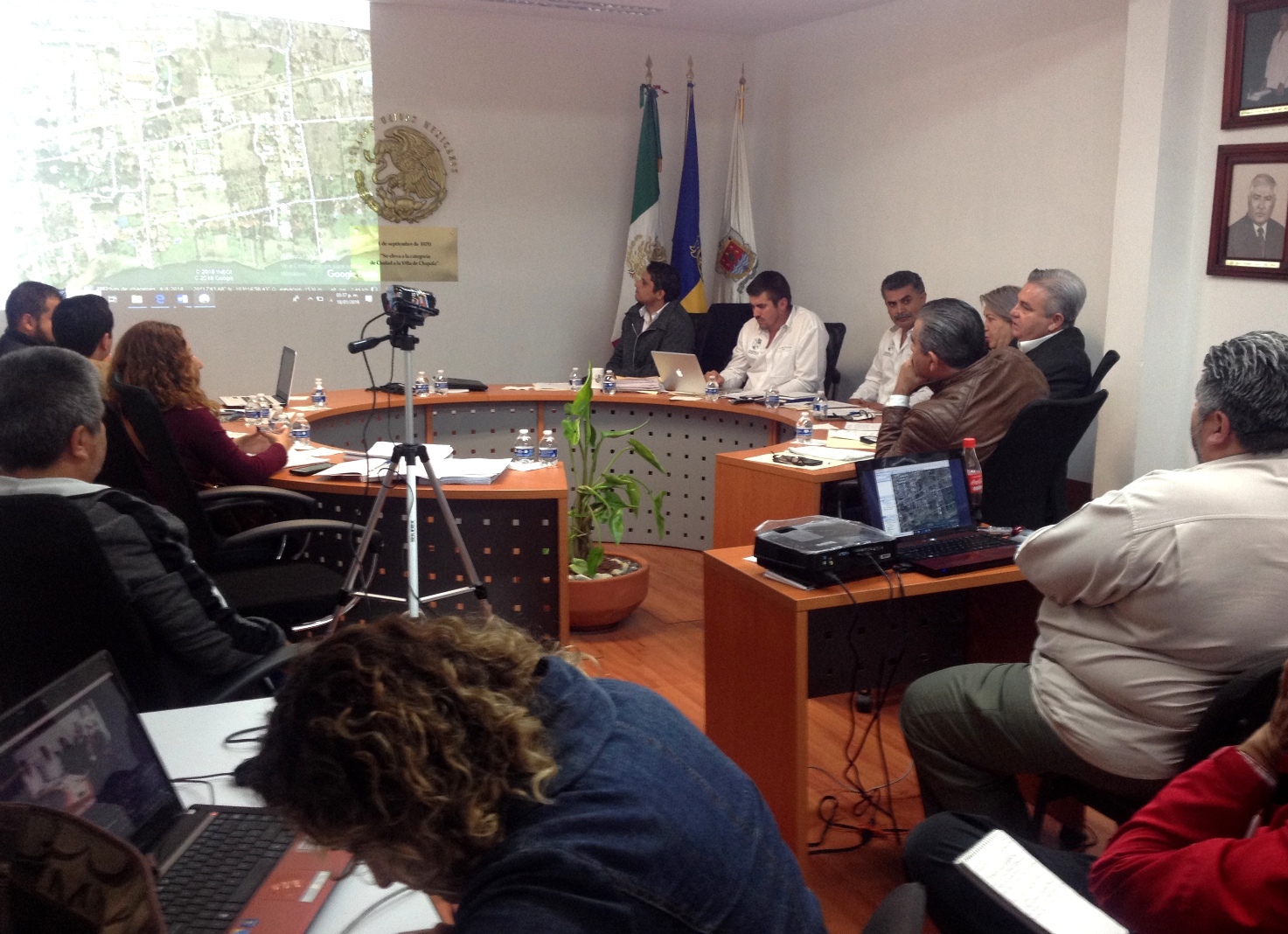 Sandwiched in between was a review of a former official’s polemic issuance of a formal opinion on the zoning code for land of a 30-hectare spread situated in untouched terrain just east of El Tepalo, set above Lomas de Ajijic. Barajas extended the finding in response to a request filed by a representative of the land owners who hold the property in a bank trust. The presumed intention was to establish legal grounds for submitting plans to build six, five-story apartment towers.  Rumors about the project spawned Chimalli Axixic, a grassroots organization that has adopted a mission to shield the entire Ajijic area from rampant urban sprawl.

Mayor Moisés Anaya Aguilar doubled down on his January 7 pledge to Ajijic inhabitants that he would stand strong to protect El Tepalo. “I will not permit this project on an emblematic area of land. The people have spoken,” he said, warning the panel that the government would probably be sued for throwing up an obstacle to stop it.

In outlining the situation, Urban Development Director Enrique Rivas Villaseñor stated that his predecessor had misinterpreted the specific urban development plan that spans land between Ajijic and San Antonio located north of the highway.

Rivas explained that the zone in question is split into parts classified as areas of transition and protected wild land, subject to extreme restrictions on development. Barajas’ finding did not change the zoning specifications, but erroneously defined the area as apt for habitation.

According to Rivas, any reclassification of land use zoning must be put before the urban development commission for recommendation and subsequently approved by majority vote of the full city council.

The commission agreed unanimously to proceed with all three revocations.

The marathon session opened at 2:30 p.m., recessed for a brief lunch break three hours later, and reconvened, finishing business just after midnight. In a historic first of transparency, the proceedings were transmitted in real time and recorded for posterior viewing via the government’s Facebook page.