Movilidad Chapala, the municipality’s independent traffic department, is gearing up for full implementation of its regulations, set to take effect March 11. 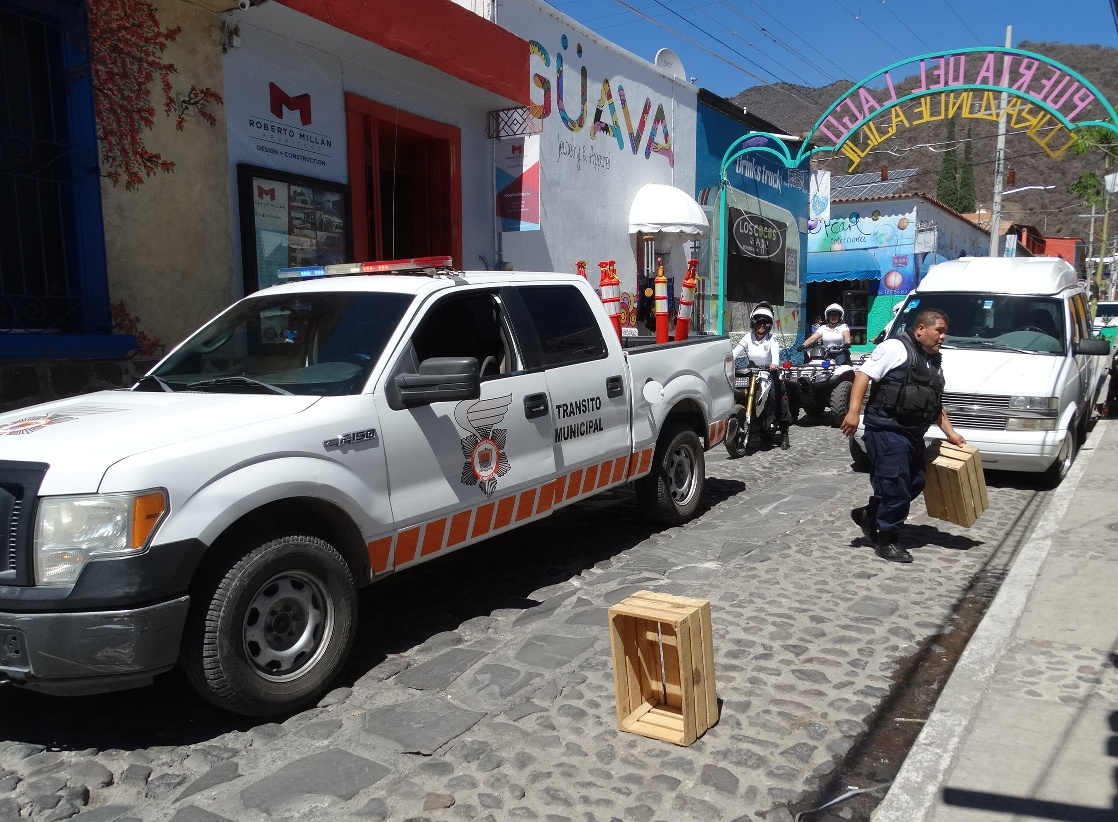 Officials say the rules will be applied to all motorists regardless of their nationality or native languages.

Tránsito officers branched out to Ajijic this week. Two patrol trucks, followed by female agents riding a motorcycle and two ATVs, roamed the village streets to scope out problem spots.

They were spotted cruising Calle Colón-Morelos where they stopped several times to remove packing crates, signs and other objects found blocking parking spaces in front of various businesses. They also made continuous rounds along the highway to shoo away vehicles illegally parked on the ciclovia (bike path) bordering the north side of the roadway.

The female traffic cops, known as “toritas,” told the Guadalajara Reporter that they have had some run-ins with foreign drivers who have balked at being called to task for parking violations.

“One man called me a racist for singling him out as an American,” one of the agents remarked. “I told him, ‘No sir, the problem is you’re breaking the law.’ They wouldn’t do such things in their own countries. Why do they think they’re exempt here?”