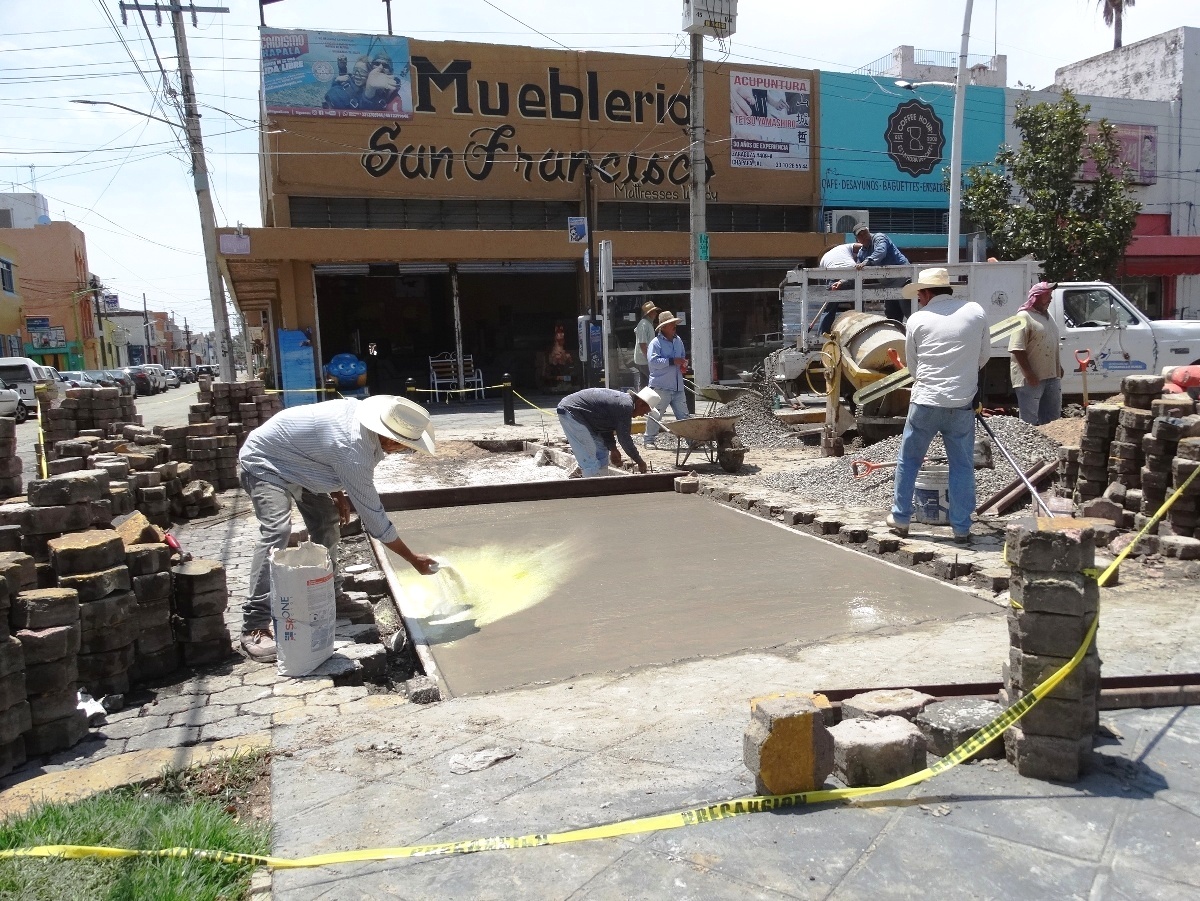 The new, improved crosswalks are designed to be user-friendly for the handicapped, including those who rely on wheelchairs to get around. They are being set on solid foundations with a top surface finishing in stamped concrete.

Work began May 29 on the northbound lane of Paseo Ramón Corona, continuing through this week on the same side with the walkway set directly in front of the San Francisco Church and at the intersection with Calle Morelos.

The project initially caused headaches for motorists who had parked their vehicles in the area and found themselves trapped as exit points were blocked without prior warning. The municipal Tránsito Department was also left out of the loop, only coming on the scene to direct detoured traffic after stranded drivers registered complaints.

The work has also created traffic snarl-ups along streets that feed into Madero and Ramón Corona due to inadequate signage directing drivers to alternate routes.  Those two streets make up the principal circuit for Cruz Roja Chapala ambulance services, as well as for weekend visitors who crowd the city’s prime tourist zone.

According to Mayor Moisés Anaya, the crosswalk upgrades will be continued sporadically with no set agenda, dependent upon the availability of funds from City Hall coffers.