Chapala’s Public Works Department has temporarily suspended the construction of cement pedestrian crosswalks in Ajijic while several other options are under consideration. 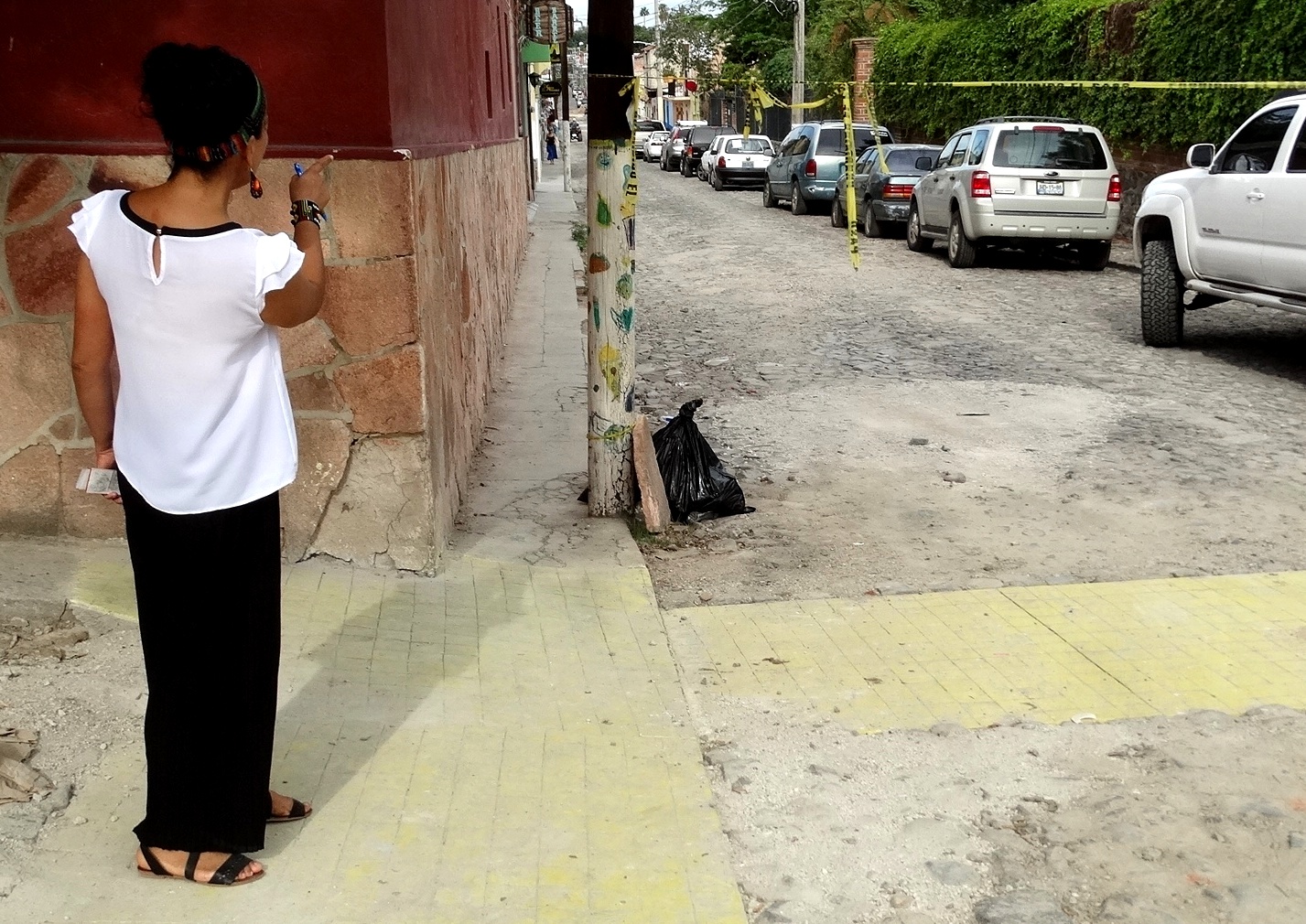 Debate on the topic has not subsided on local social media.

Consulted by the Guadalajara Reporter this week, Obras Públicas director Francisco Lucas Perales declared that Mayor Moisés Anaya will have the final word on a new design for walkways that will be adequate for the secure transit of persons hampered by mobility limitations and that will be in keeping with the appearance of the town’s traditional cobblestone streets.

Meanwhile, work crews continue repairs of Calle Ocampo-Constitución, replacing cobblestone segments that are in the worst condition. In reference to citizens who insist on conserving the rustic style of village streets, Lucas confirmed that repairs are being carried out in the customary manner, with no use of cement to fix stones in place. However, he stressed that the notion that the old-fashioned cobbled surface allows filtration of rainwater into the ground below is nothing more than a myth.

The official recalled that when the streets in the center of town were completely rebuilt following the installation of sewage lines in the early 1990s, the cobblestones were laid over an impermeable bed of crushed gravel about a half meter deep. In earlier times the stones were set in a solid clay base. Neither technique permits the earth beneath to absorb storm runoff.

While a small amount of moisture may be left on the surface of the rocks, Lucas stressed that most rainwater that spills from rooftops and flows along streets ends up going either into the sewage system or directly to the lake.

Public opinion on the practicality and aesthetics of cement crosswalks remains sharply divided. Some residents argue that the needs of the disabled and elderly should be a priority. Others point out that smooth pedestrian pathways are useless as long as the sidewalks they connect with are irregular and unsuitable for safe passage on foot.

Lucas mentioned that that the issue of sidewalk improvements will be addressed in the future, taking into account citizen participation in decision-making and expenditures.