Leadership of Chapala Sunrise Rotary Club switched from Mexican to English hands as outgoing president Héctor España Ramos relinquished the gavel to Frank Ewer at the installation of the 2019-2020 board Monday, July 1. 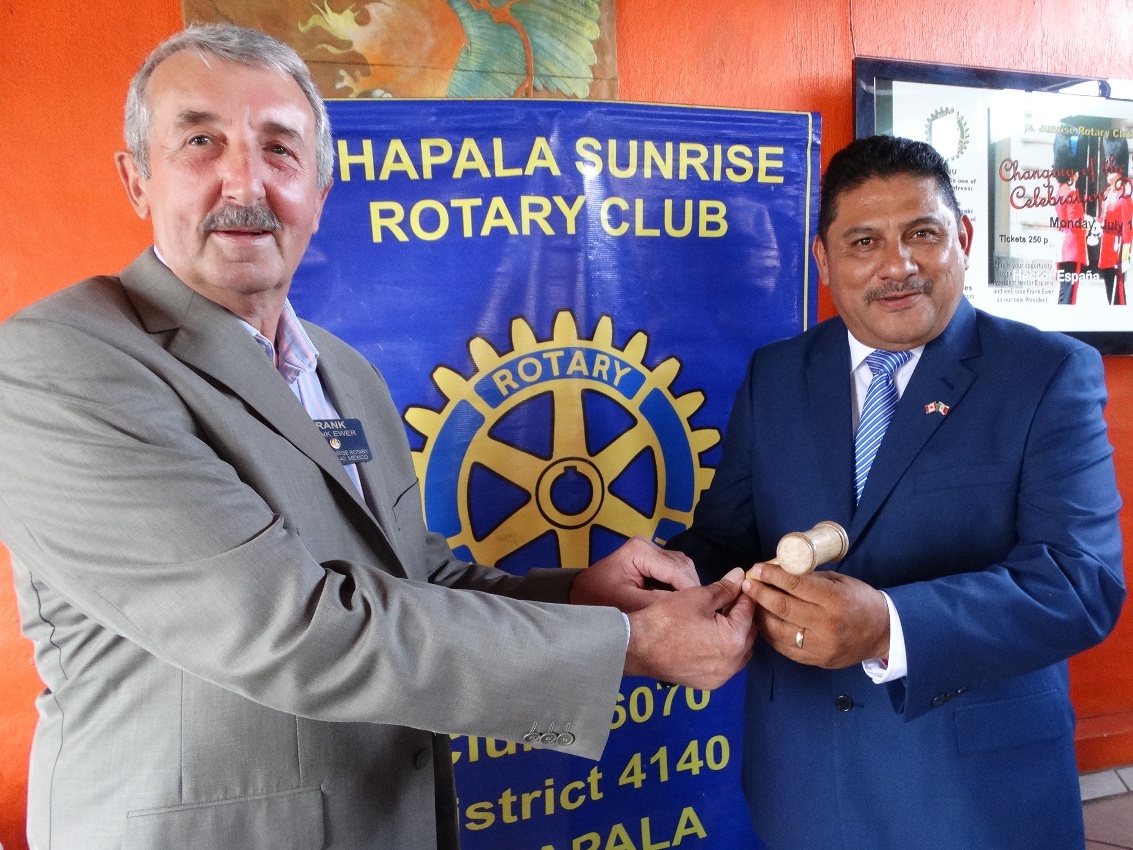 The formalities were wrapped into the Changing of the Guard celebration dinner held at Ajijic’s Manix Restaurant.

Following the meal, España marked the end of his term with an abbreviated overview of the activities and projects carried out under his watch, expressing gratitude to club officers and members for their support.

He introduced special guest Rodrigo Amilcar, project chief for the Poncitlán municipal government, who is overseeing Sunrise Rotary’s collaboration in helping finance the development of a water supply system for the impoverished village of Ojo de Agua. 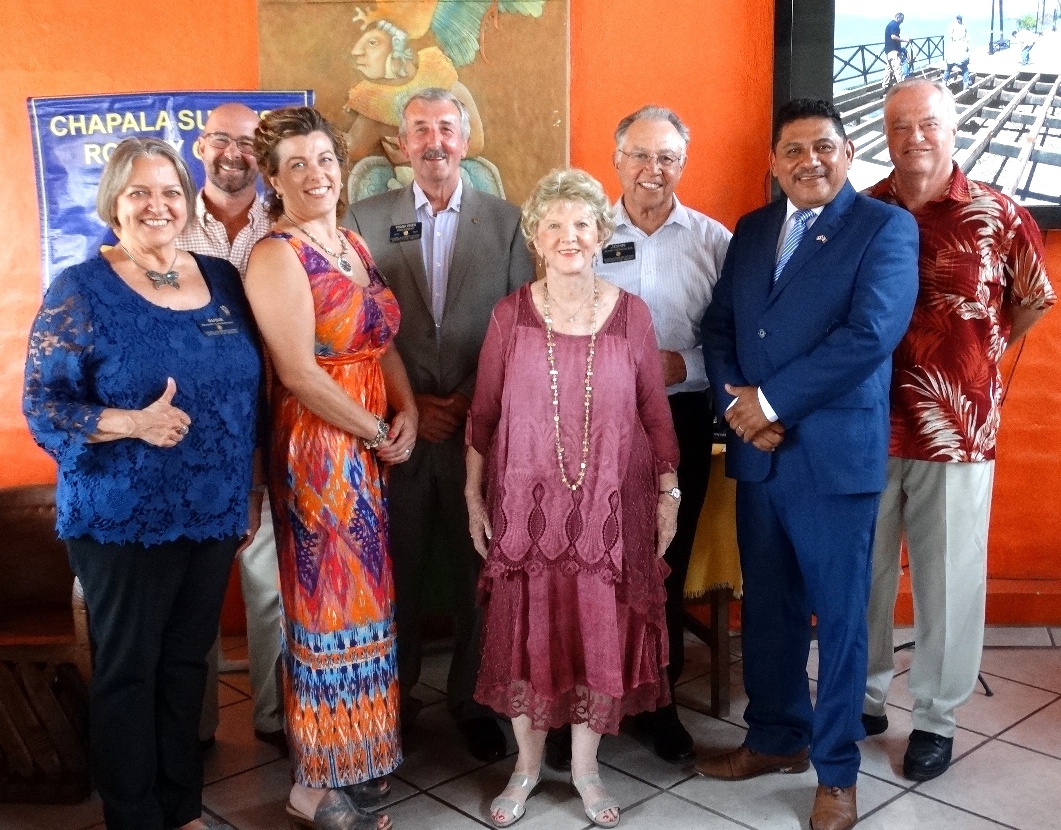 The two-million-peso project will entail drilling a well, building a storage cistern and installing a distribution network to supply approximately 50 households that currently have no direct access to water.

Delivering remarks after he received the club gavel and president’s pen, Ewer stated, “I am privileged to be taking this position … I will try to the best of my ability to maintain the standards that have been set and hopefully build on them.”

He went on to give España a pat on the back for “steering our club on a true course” to work for the benefit of the local community, following the principal of “a hand up, not a hand-out.” He singled out getting Sunrise Rotary designated as a Chili Cookoff beneficiary as among the most important accomplishments.