A powerful storm blew into the Chapala area in the early hours of Tuesday, August 13, bringing  with it steady thunder, lightning, rain and high winds that left widespread damage.

Extensive flooding was reported in the town of Atotonilquillo, just a week after inhabitants mopped up from a prior deluge. Rain, mud and debris washed down streets in Chapala, San Antonio Tlayacapan and other lakeshore communities. 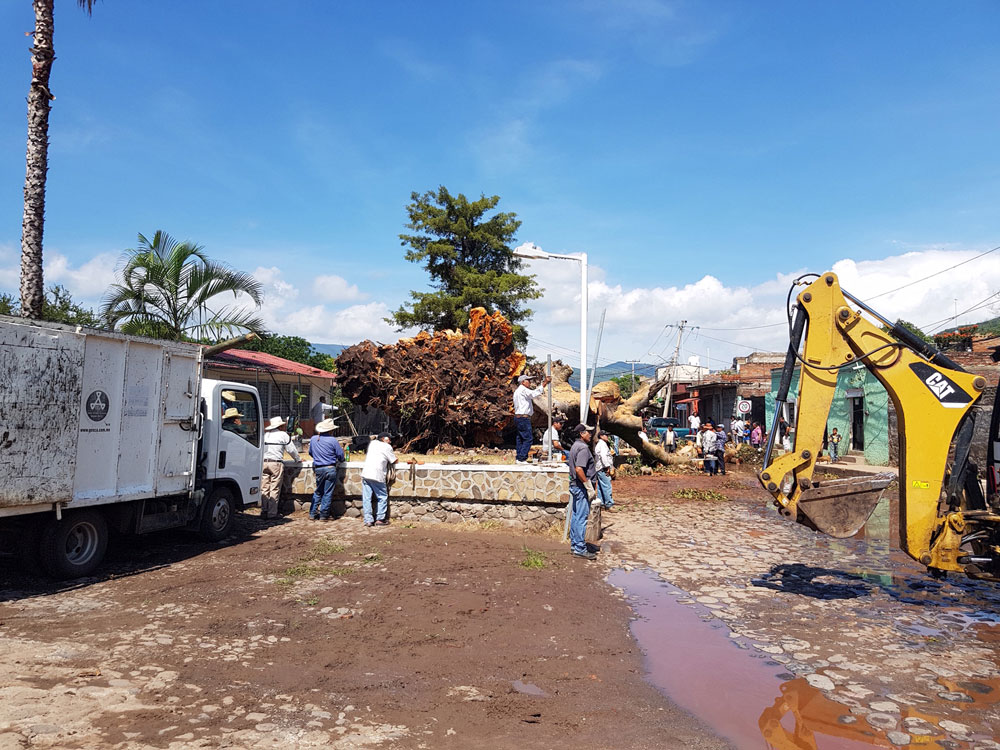 A giant tree, estimated to be more than 100 years old, was blown down in the Nestipac neighborhood at the entrance to Jocotepec.   Thankfully no one was injured, nor was there any damage to vehicles or property. Residents should take heed and prepare for the most intense period of the rainy season expected during the rest of August and through September.