The Chapala government has officially linked into an intermunicipal crime prevention initiative launched by Tlajomulco Seguro, A.C., a non-profit organization formed by leading business operators whose enterprises are located in the vicinity of the Guadalajara-Chapala highway. 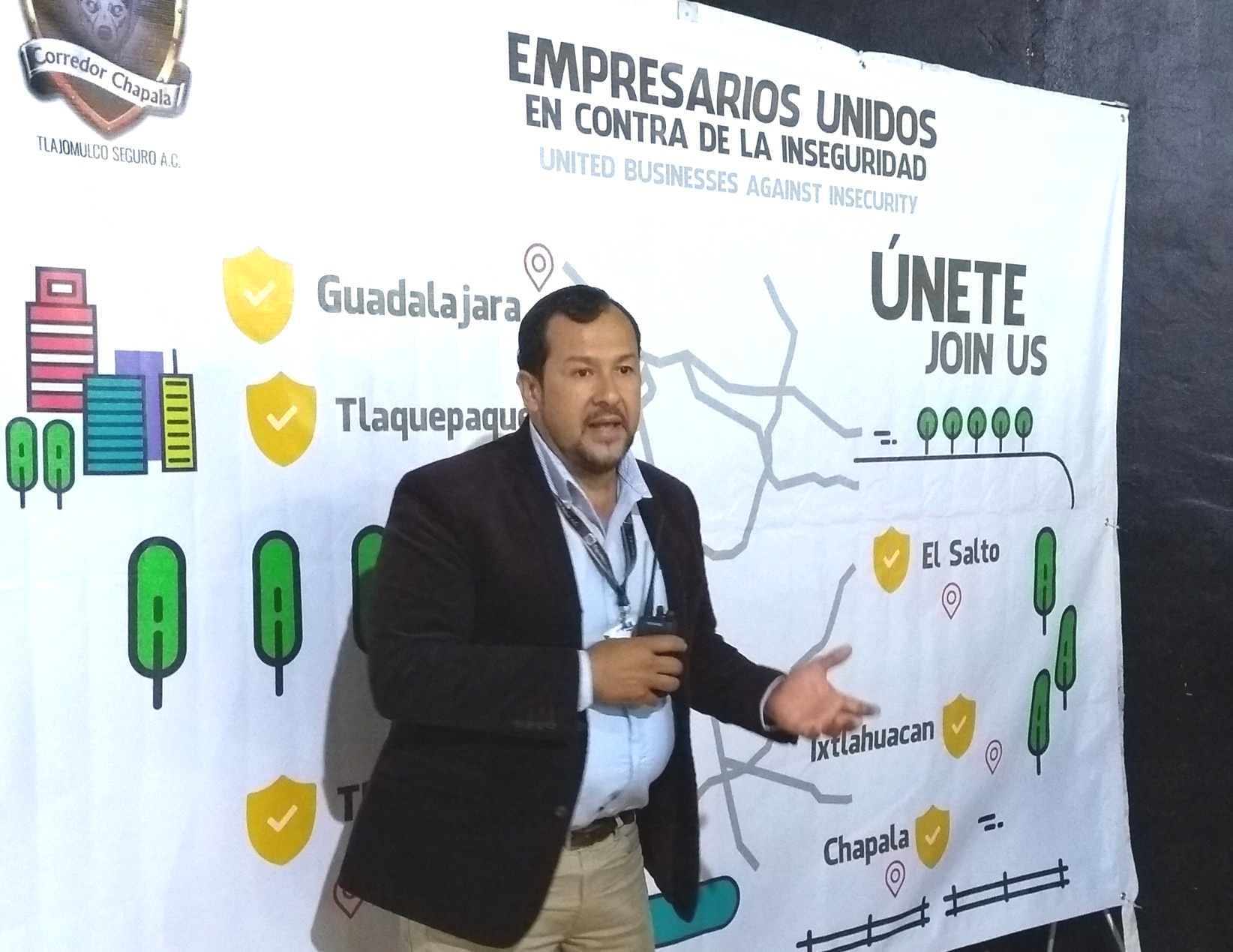 Started up a year and a half ago, the effort to foil criminals who target businesses along that major transportation route has already produced positive results, according to Reymundo Romo García, the group’s president. The so-called Corredor Chapala runs from the southern outskirts of Guadalajara through Tlaquepaque, Tlajomulco de Zuñiga, El Salto, Ixtlahuacán de los Membrillos and into Chapala.

The project primarily entails boosting security vigilance through the installation of a network of surveillance cameras and a radio communication system linking businesses amongst one another, and the neighboring municipal police commissaries and federal police assigned to patrol the zone.

Chapala was the last municipality brought into the loop when Romo turned over an active radio apparatus to Mayor Moisés Anaya at a meeting and press conference held Friday, November 22, at the Centro Cultural Antigua Presidencia. The radio will be handled by local police commander Raul Valenciano Saucedo.

The radio system allows businesses to exchange alerts on crimes in progress or suspicious activities they detect on the ground or through monitoring security cameras. Police are provided with real-time information to promptly locate and capture criminals.

The thrust of the Tlajomulco Seguro program is to keep more eyes on the Corredor Chapala as an effective method to spook and collar criminals.

Romo says that cristalazos – thefts from parked vehicles – have dropped from as many as nine incidents per week to an average of three each month. Recently police nabbed the perpetrators of two separate transport trailer robberies thanks to business surveillance cameras following their movements.

More than 60 enterprises have already become associates of Tlajomulco Seguro, including major industries, restaurants, hotels, transportation and towing outfits. To join up they are required to present official tax payment records registered over the past five years.

Membership dues include an initial enrollment fee of 2,000 pesos and monthly contributions of the same amount. The funds are being used to purchase additional equipment and police patrol vehicles, and to set up a video monitoring command post to be independently operated by the association.

One of the organization’s next tasks will be to bring aboard Chapala’s business and tourism sectors.