A U.S. citizen lost his life early Tuesday, February 11, in a head-on crash between his motorcycle and a compact sedan driven by a Mexican motorist.

The accident occurred around 7:30 a.m. along a straight stretch of the highway running through Riberas del Pilar.

Dramatic images of the accident captured by nearby security cameras show the car pulling into the oncoming traffic lane to pass two other motorcycles traveling on the north side of the road just as the fatal victim approached from west. Upon impact his helmet flew off as his body hurtled over the car, landing in the roadway behind it a lifeless heap. 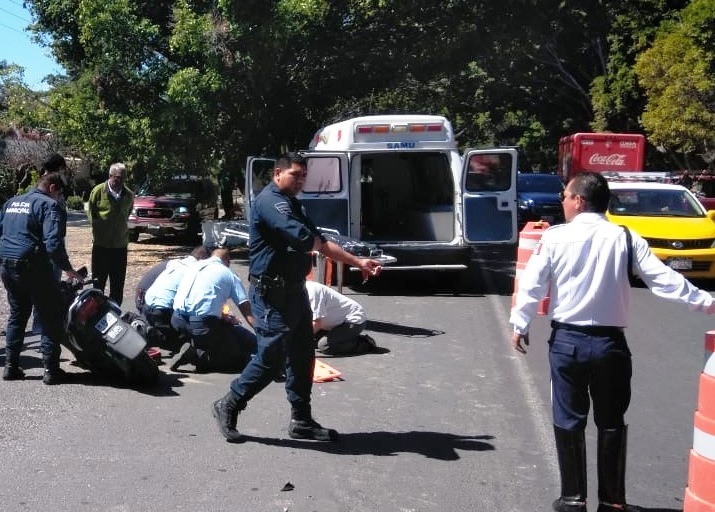 A second motorcycle versus auto collision was reported around 12:30 p.m. the same day at a highway intersection in La Floresta.  Both drivers involved were foreign nationals. The motorcyclist was rushed by ambulance to the Cruz Roja clinic where he doctors reportedly evaluated his condition and provided treatment for non-life-threatening injuries.