Chapala’s traffic department is revved up for action following the delivery of 12 second-hand motorcycles acquired by the municipal government at no cost through a loan arrangement with the state government’s Administration Secretariat.

The new additions to the Movilidad fleet are all 2016 model street bikes of various makes that were turned over to officers Tuesday, May 20, in a brief ceremony led by Mayor Moisés Anaya and department commander Gerardo Bautista. Each of the traffic cops also received a new uniform. 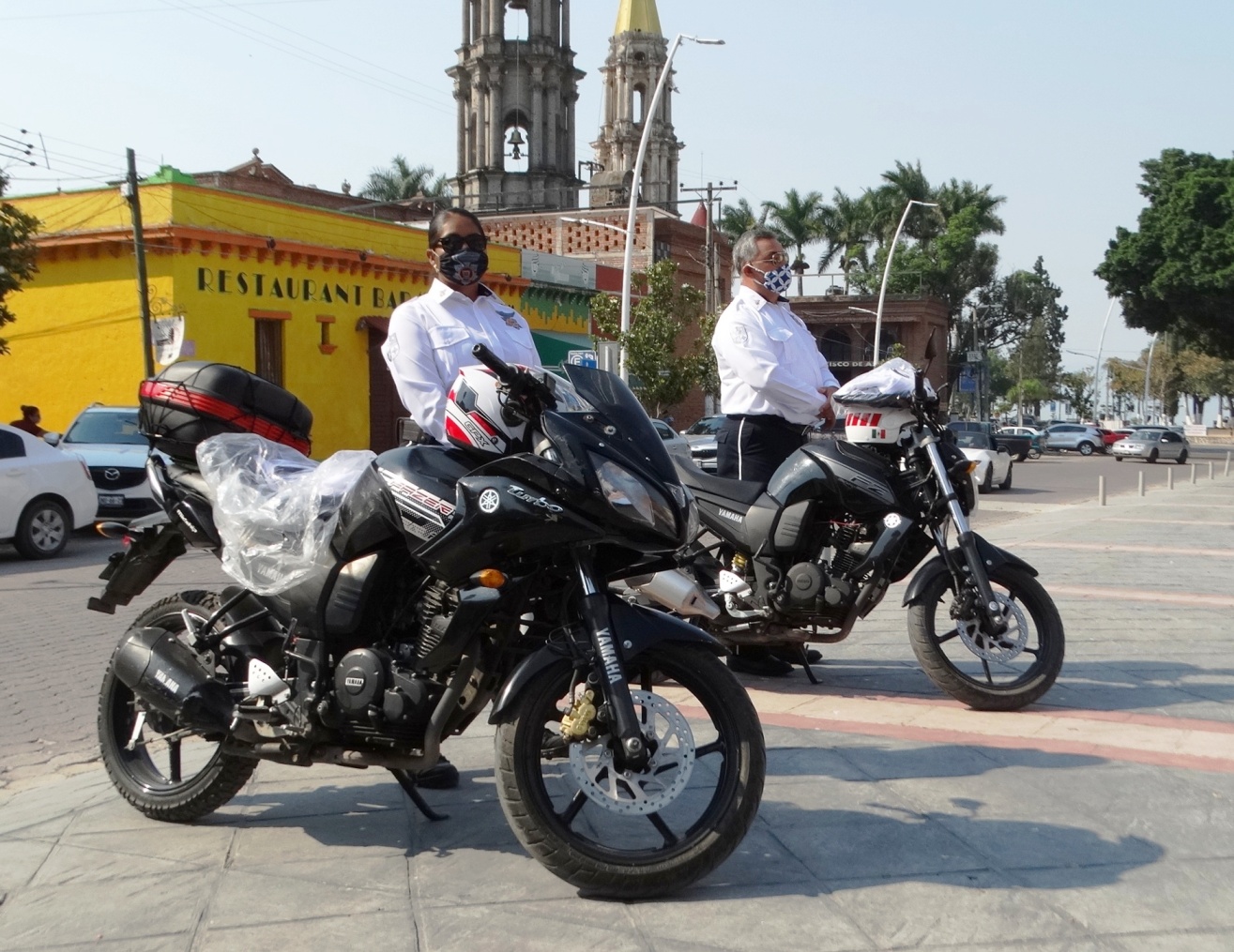 The vehicle lot includes four Pulsars, three Yamahas, two KTMs, two MBs and one Veloci of varied types that will replace smaller and lower performance motorbikes previously in use to patrol local thoroughfares.