The Frente Nacional Anti AMLO (FRENA) announced that Chapala has been added to the list of places where protests against President Andrés Manuel López Obrador will be held on Saturday, June 13. 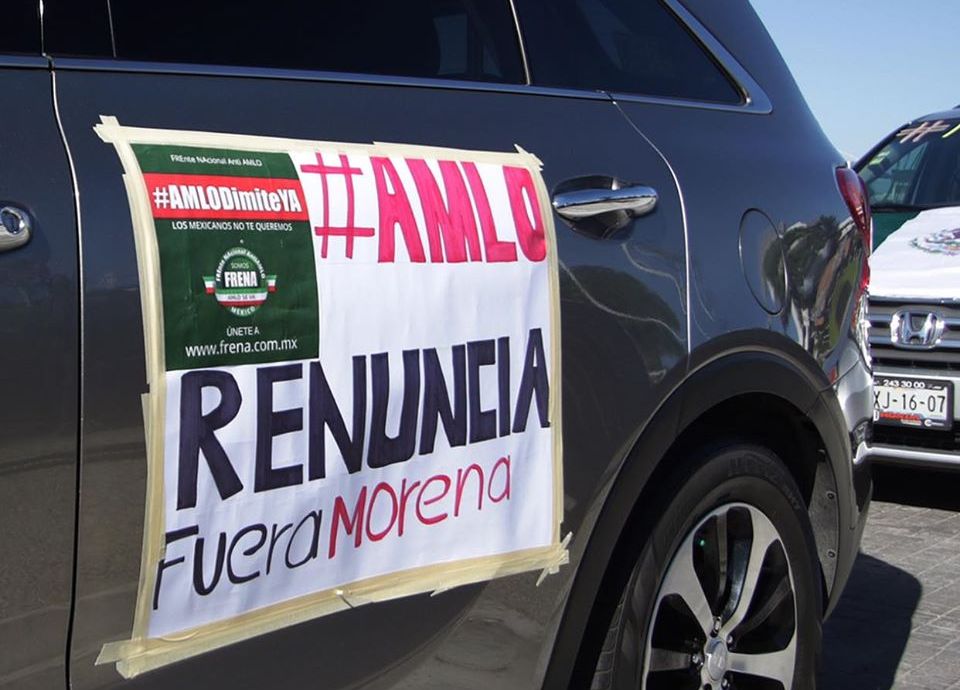 A caravan of cars, motorcycles and bicycles is scheduled to depart from the traffic light traffic circle at La Floresta in Ajijic at 9 a.m. Participants have been encouraged to display placards with messages calling for the president’s resignation from office as they travel in single file formation towards Chapala.

Another caravan is planned for the same date and time in neighboring Ixtlahuacán de los Membrillos, starting from the intersection of Calle Obregón and  Extramuros.

Following the May 30 launch of the biweekly FRENA motorcade protests held in 70 places nationwide, movement organizers anticipate that it will expand this week to at least 100 Mexican localities and 40 cities in the United States.