As Chapala’s Public Security Department (DSP) settles into new headquarters built across the street from the Soriana supermarket parking lot, the former police station located at the corner of Niños Heroes and Zaragoza is in the process of being remodeled to house a base for a detachment of the National Guard (GN). 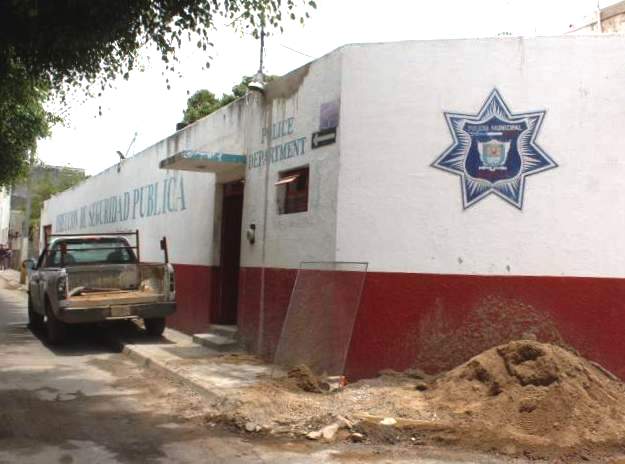 Around 15 troops from the GN’s regional headquarters in Jocotepec will be assigned to permanent duty at the Chapala sub-station in the center of town, operating in coordination with the municipal police force to carry out surveillance and inhibit criminal behavior in the community, according to Chapala Mayor Moisés Anaya Aguilar.

Starting last week, a crew from the Public Works Department began undertaking improvements to the building’s accesses and bathroom installations, the rehabilitation of wall plastering, and waterproofing of leaky ceilings. The local government is picking up the tab for all expenses, including rental fees for the privately owned property the DSP occupied for the past 22 years.

Since GN forces arrived at lakeside one year ago, the Chapala government has looked into various properties considered apt for establishing a local base. The DSP station was finally selected after several other options were discarded for various reasons.