The Virgin of Zapopan turned up in Chapala after all on Sunday, July 12, although it was an abbreviated version of the annual summer visit when a multitude of the faithful normally gather to pray for Mother Mary’s divine intervention to bring the Lake Chapala region a bountiful rainy season.

She pulled into in town aboard her own van, escorted only by Cardinal José Francisco Robles Ortega, the archbishop of Guadalajara; plus a small platoon of church guardians and local police for a slow-paced ride along Avenida Madero to the waterfront. 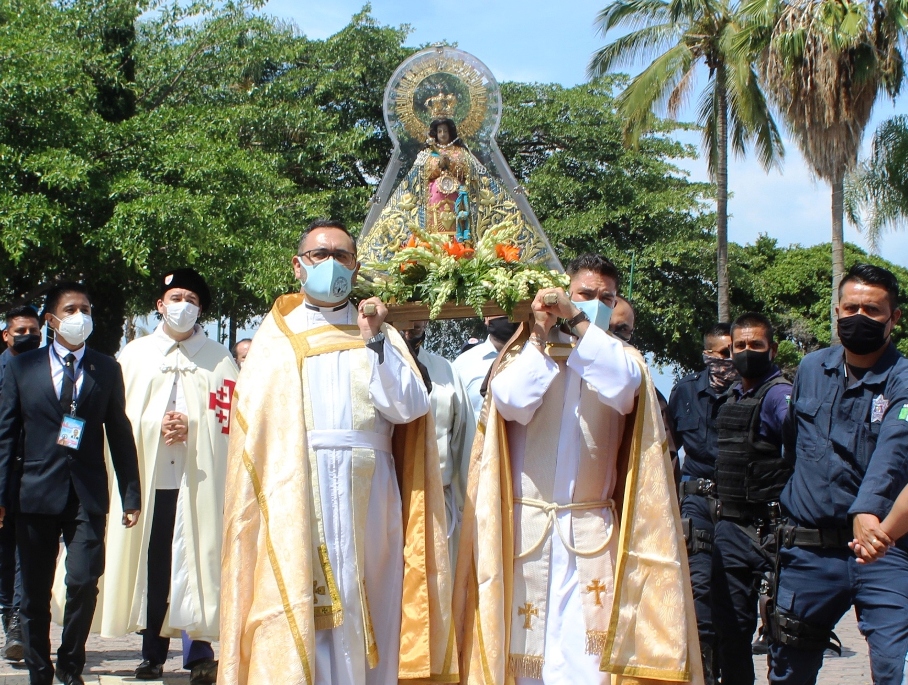 Minus the usual throng of pilgrims, the beloved icon was carted out to the end of the pier for a blessing over the lake, then to the San Francisco Church for a closed-door celebration of a Mass that was broadcast on social media. Immediately after the service, the Queen of the Lake was sent off on the return trip to her home Basilica in Guadalajara.