The excavation of a huge swath of land hovering over Chapala’s Barrio de Lourdes and the Hotel Montecarlo has caused alarm and public protest after photographs of the chewed-up site recently circulated on social media. 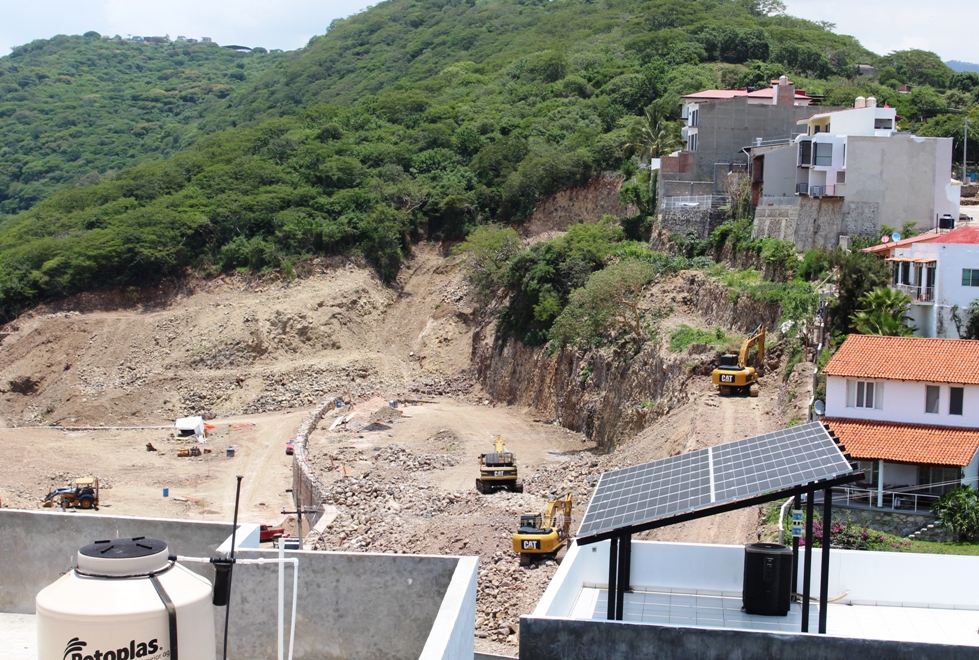 According to Chapala Urban Planning Director Gilberto Chaires, the clearing of vegetation and reshaping of the terrain is related to the construction of a condominium housing complex called Punto Niza, apparently authorized in October of last year by his predecessor, Enrique Rivas Villanueva. However, in response to public outcry against a case of ecocide and the devastation of flora and fauna, Chaires told local reporters that government records regarding the project were not found on file when he assumed his post on May 5.

He observed that some of the missing documents have since been recovered from the developers involved in building the low-density Punto Niza condo complex of 36 homes stretched over 20,503 square meters of land.

Work on the project was halted July 17 after a suspension order was issued by a civil court, derived from an amparo injunction suit filed by a private party.