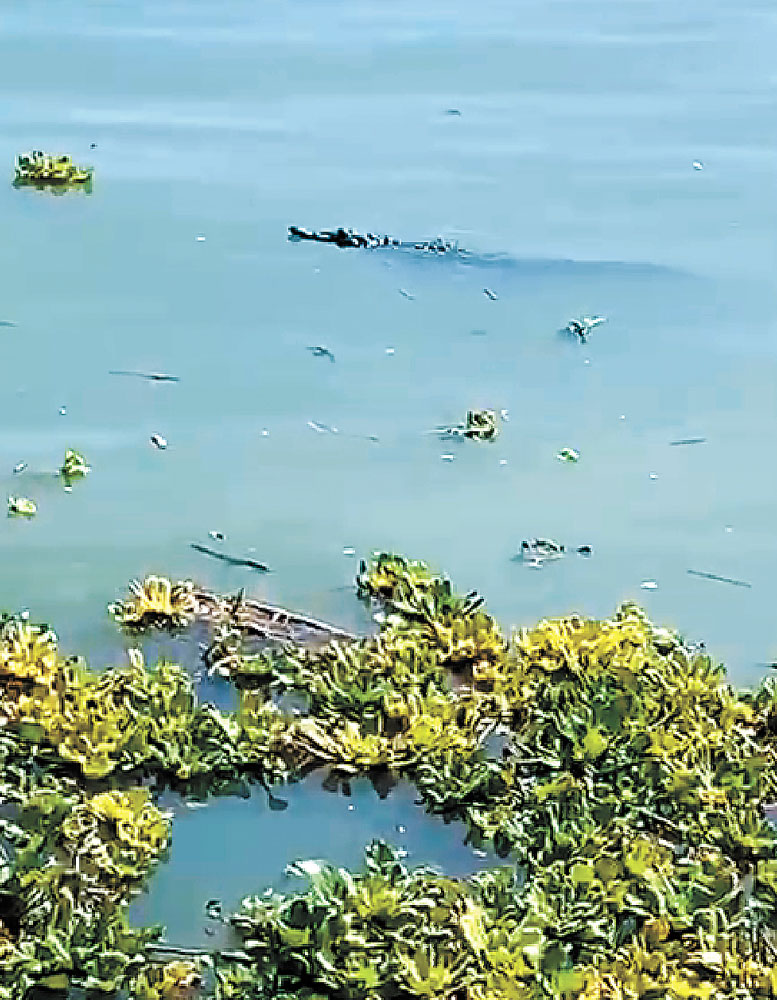 The large, snag-tooth reptile has been spotted  in the vicinity of the Ajijic pier and the Club Naútico in La Floresta over the past two weeks, with images captured on cellphone videos at both locations going viral on social media. Guadalajara news media also picked up on the story this week.

Melendres warned that persons navigating in fishing boats, tourist launches, kayaks and other recreational vessels should take care to avoid putting themselves in danger of attack. It is not yet known whether the sightings involve a single crocodile or several that may be at large. The video clip filmed at the Ajijic pier clearly shows a reptile about two and a half meters in length swimming among the water hyacinths near the shoreline.