Work on the partial renovation of Ajijic’s central plaza finally got underway Wednesday, January 6, as a work crew began demolition of the adoquín flooring of the raised platform running the full length across the northern perimeter.

According to project manager Antonio Herrera, the outdoor dining area of the Jardín restaurant situated at the extreme eastern end will have to be vacated around the end of the week as work progresses. The next step will be the installation of new underground water and sewage lines and electrical wiring. 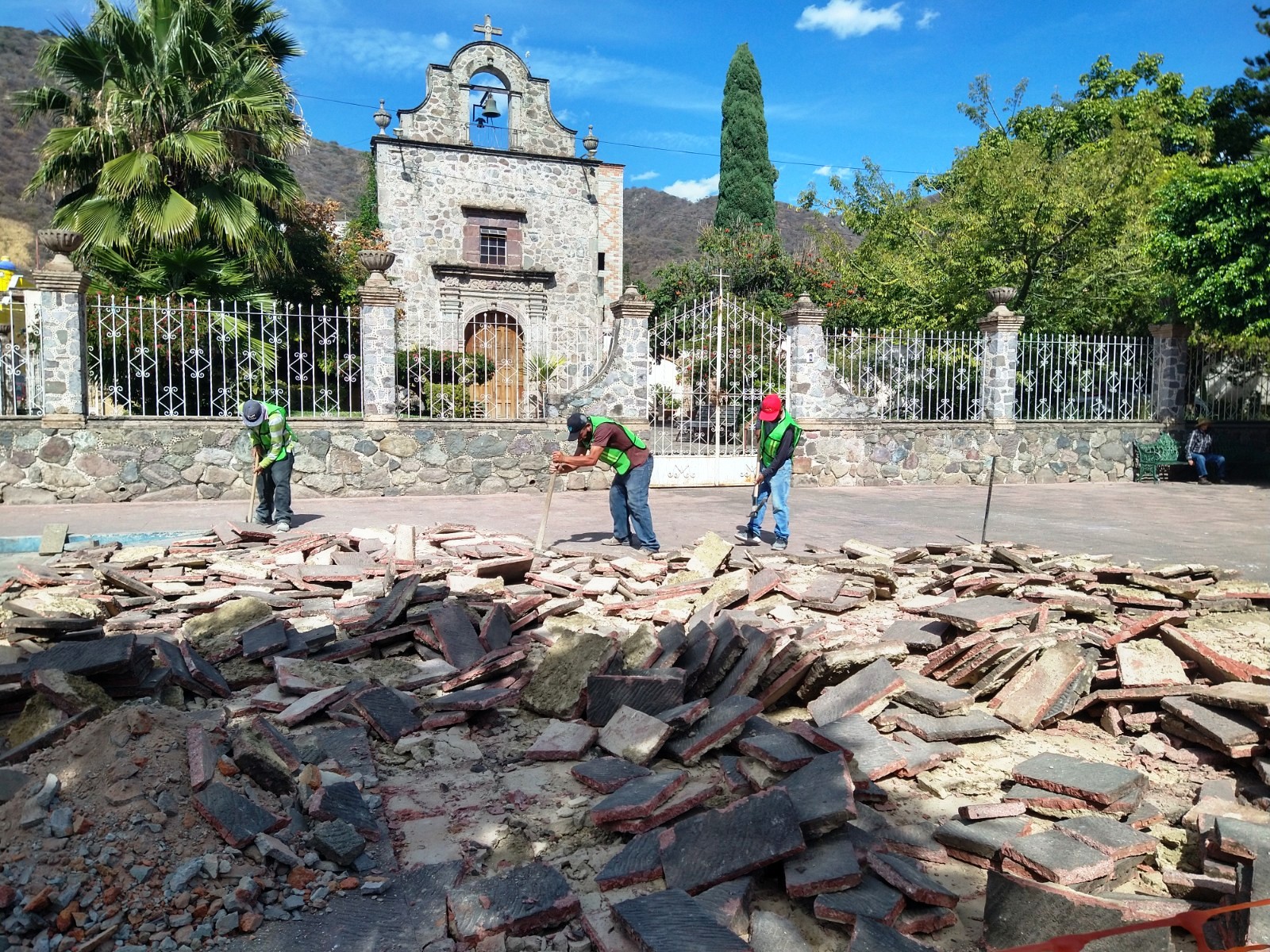 The project, contracted to Ceiese Construccion y Edificacion by the state government, will encompass remodeling the public restrooms built under the Centro Cultural, along with adding handicapped-friendly access ramps and raised planters surrounding each of the existing trees, and resurfacing the esplanade with black tiles and colored stonework similar to the design of the rest of the plaza. New park benches and lighting fixtures will be installed on the renovated segments, while those on the adjacent area will be replaced or repaired as needed.

Herrera indicated that the makeover will be completed within approximately two months.