Chapala’s Ecology Department has issued a regrettable death sentence for the emblematic tree that has shaded the atrium of the village church in Cruz de la Soledad for almost 100 years.

The towering ficus – affectionately dubbed El Zalate del Padre due to its proximity to the church – has not responded to application of fungicides and fertilizers over the past eight months to treat the pervasive fungal infestation that has rotted its trunk. 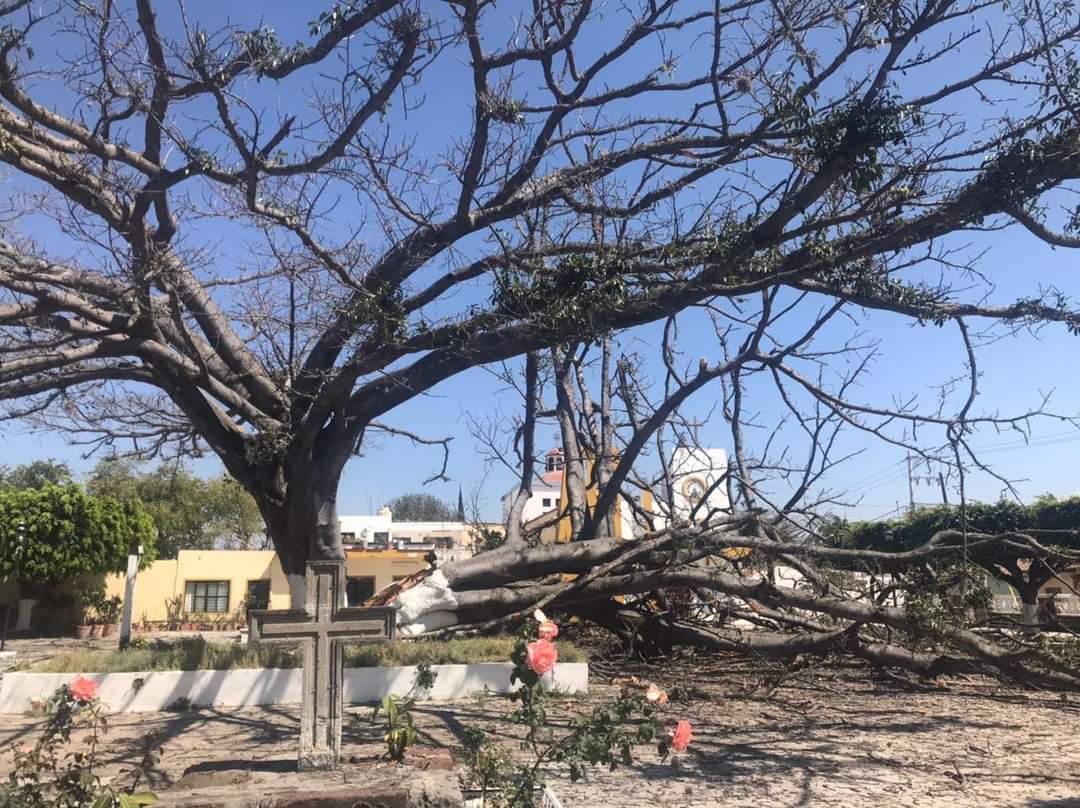 On Tuesday, March 2, half the tree split off and collapsed. Following an evaluation by Ecología and Protecion Civil personnel it was determined that, for matters of public safety, the only remedy is total removal of the remaining portion of the badly diseased tree.

A mature specimen of the same type will be planted at that spot once the ground is fully disinfected to kill traces of the deadly fungus.