In celebration of her 100th birthday Tuesday, October 3, Ajijic matriarch Francisca Rochín Carranza was wrapped in the loving embrace of her extended family to be honored with a thanksgiving mass at the San Andrés church and luncheon party that followed.

The daughter and three sons who survive her, and a large clan of other descendants, went all out to put on glamorous festivities to mark the occasion. 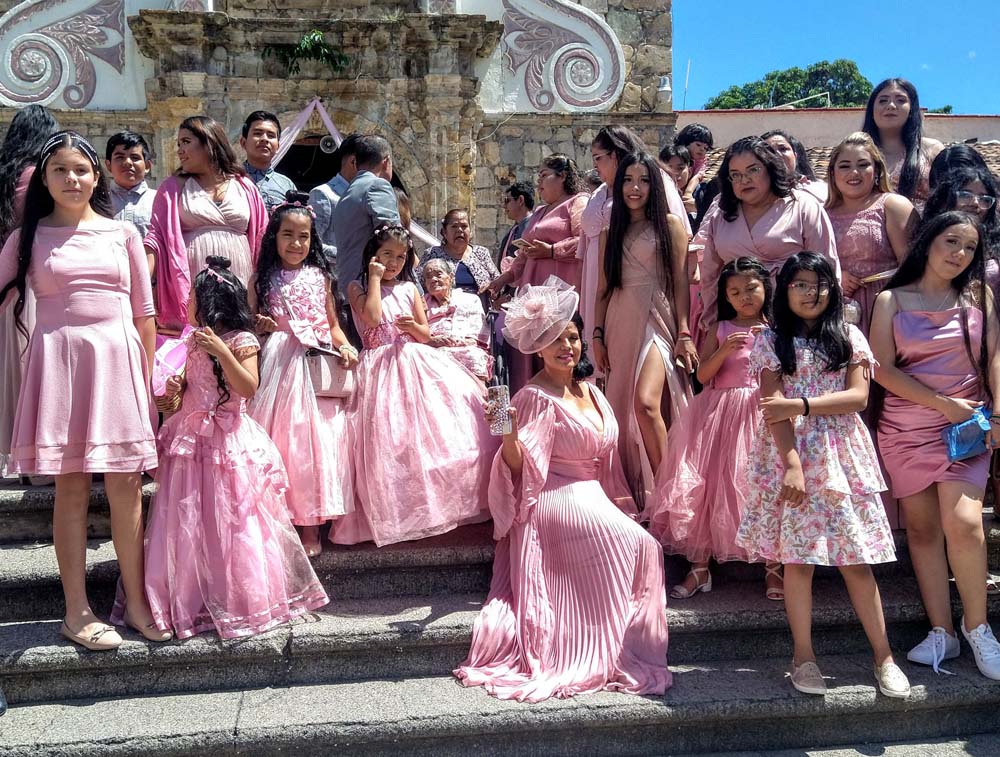 As relatives and guests poured out of the temple at the end of the service, a mariachi troupe broke into song, continuing as the throng exchanged greetings and assembled for group photographs. Two horse-drawn carriages were parked in the atrium to transport the birthday gal’s maids-in-waiting to the after-party. Once they drove off down the street, others in the clan followed on horseback, clomping along to their destination to the beat of an indispensable marching band 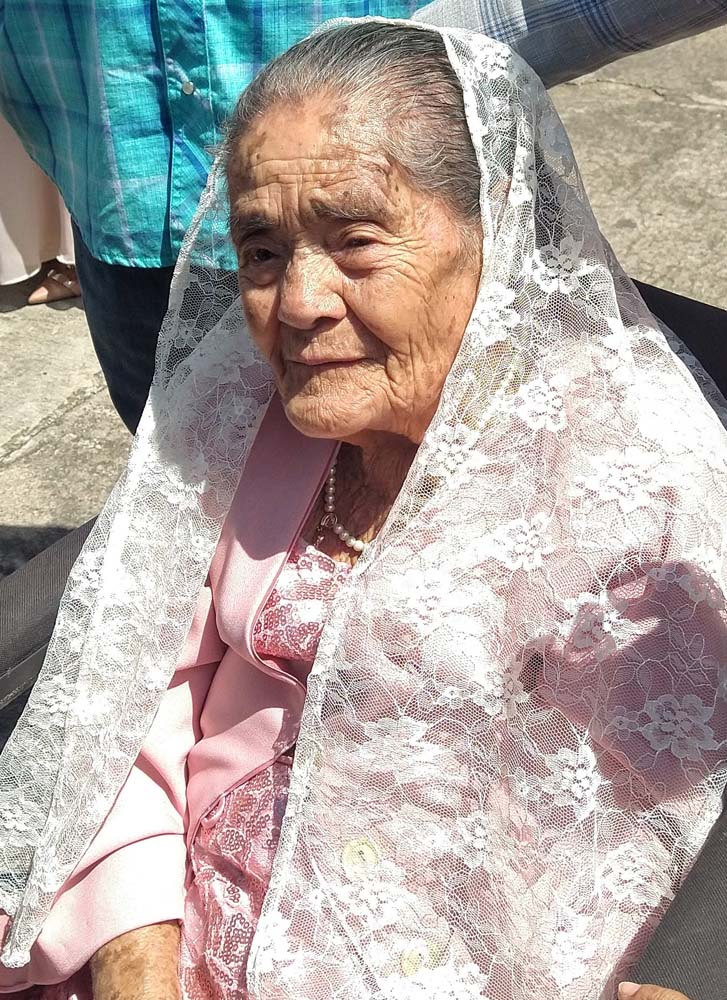 A dozen or so astonished tourists and casual passersby froze in their steps to observe the unfolding spectacle. Just another serendipitous moment in colorful Ajijic.