Since U.S. President Donald Trump took office, the number of Mexican students who have chosen to study in Canada has risen by 16 percent. 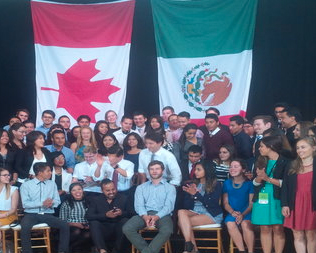 According to Paul Davidson, president the University Association of Canada, the increase is mainly the result of two factors.

“[It] is attributable to the situation in the United States, and to the vigorous overtures to Mexican students being made by many Canadian universities,” said Davidson, who indicated that there are about 15,000 Mexican nationals currently studying in his country.

As the Trump administration continues to promote its current platform of what many are calling protectionism – both economic, in terms of the recently announced steel tariffs, and physical, in terms of the proposed wall along the Mexico-United States border – Canada and Mexico have reacted by strengthening relations with each other. Educational exchange is one way of doing just that.

“Canada and Mexico are both friends of the United States, but it’s a complicated friendship,” said Guy Forest, rector of Canada’s National School of Public Administration. “[Canada and Mexico] need each other, because a strong bilateral relationship with Mexico helps us counterbalance a complicated bilateral relational with the United States; Trump’s arrival accelerated the process, but it was already in place.”

According to University of Calgary Rector Elizabeth Cannon, Mexico is currently number two in recruitment by Canadian schools – number one being China.   She also mentioned that of the 90 Mexican exchange students enrolled at her school in the last three years, most depended on family money or assistance from the Mexican government.