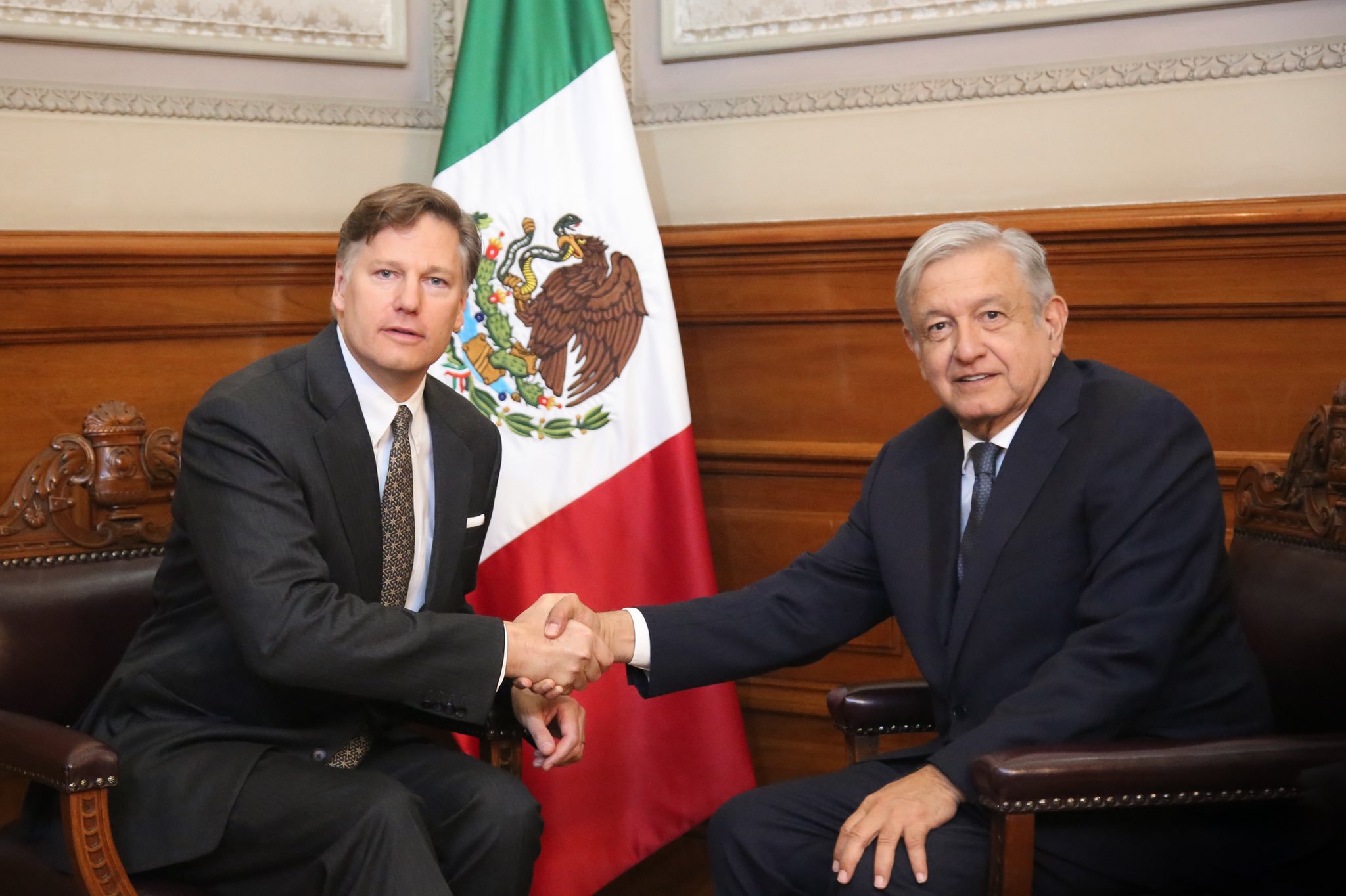 Landau, 55, comes to the job with virtually no experience of foreign affairs, apart from the fact that he was born in Madrid (to a former U.S. ambassador to Venezuela, Paraguay and Chile), is fluent in Spanish and wrote his senior thesis at Harvard on the United States’ relations with the leftist government of Venezuela in the mid 1940s.

Landau, however, has enjoyed a successful legal career, becoming a partner of Kirkland & Ellis (the largest law firm in the United States by revenue) in 1995. He was chairman of the firm’s appellate practice until he left to join Quinn Emanuel Urquhart & Sullivan in 2018.

Landau has argued nine cases before the U.S. Supreme Court, including two on behalf of the Commonwealth of Puerto Rico, and has briefed and argued appeals in all of the U.S. Courts of Appeals.

Grilled by the U.S. Committee on Foreign Relations, Landau said his first priority would be “to protect American sovereignty and guarantee the implementation of law in the border ... My role, if I’m ratified, would be to promote cooperation with Mexican authorities and the people. No country can solve the challenge of illegal immigration by itself, and I’m convinced that we can find common ground.”

During this week’s meeting with the Mexican president, Landau said he will travel to Mexico’s southern border to collaborate on measures to help stem the flow of migrants into Mexico.

Lopez Obrador, for his part, issued a plea to Trump for the hateful rhetoric directed toward migrants to stop. He also demanded an exemplary punishment for Patrick Crusius, the  21-year-old who shot to death 22 people, many of them Mexican citizens, on August 3 in an El Paso, Texas, shopping mall.

As with all things diplomatic, Landau’s arrival in this country has been laced with plenty of platitudes and goodwill: he has already tweeted about his love of Mexican iconography, and posted images of visits to a  Mexican market, a dulceria and the gondola-like boats of Xochimilco.

But exactly how Landau will manage to negotiate the delicate bilateral diplomatic ground that the current U.S. president can turn into a minefield by a simple tweet is anyone’s guess.  It certainly confounded Jacobsen, who reportedly resigned because of Trump’s repeated dissing of Mexico.

Trump, on the other hand, may not see Landau as a key figure. As Leon Krause noted in a recent article for Slate Magazine: “Perhaps Landau’s appointment is merely symbolic. After all, when it comes to Mexico, the Trump administration seems to trust only one man: Jared Kushner."