Health organizations worldwide are sounding an alert that the viral disease dengue may be on the rise due to climate change. 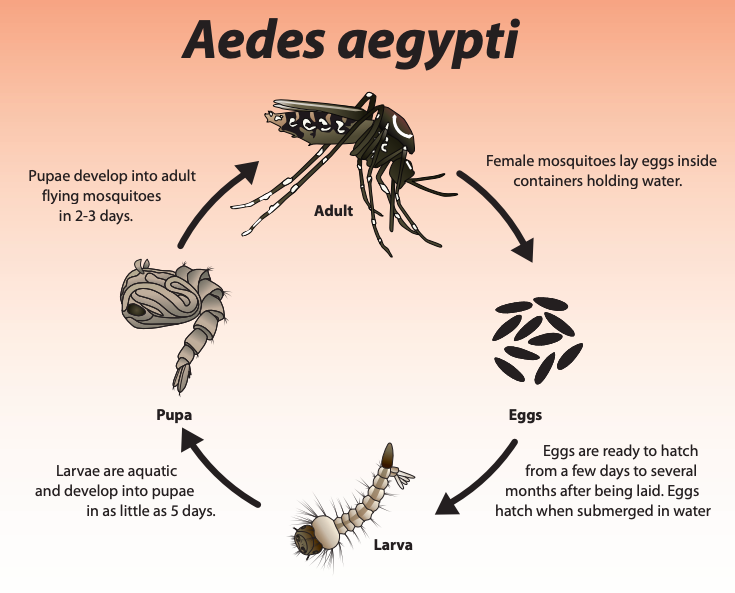 Although dengue and the associated dengue haemorrhagic fever are not often fatal, the World Health Organization calls it the planet’s fastest growing vector-borne disease (which are diseases transmitted to humans by microbe-carrying insects, in this case by mosquitoes, which the WHO calls one of the deadliest animals in the world). Of particular note to city dwellers, the Aedes aegypti and Aedes albopictus varieties of mosquitoes, which can carry dengue, chikunguyna and Zika viruses, are particularly suited to urban environments (even indoors), in part because paved surfaces create puddles for their larvae instead of allowing rainwater absorption into soil. Adding to their adaptation to cities, these mosquitoes tend to bite people on the ankles and elbows and thus are often not seen.

Higher temperatures worldwide in the last few months have contributed to mosquito growth, noted Efe Valentina Davydova, a University of Guadalajara investigator and member of the Jalisco Inter-institutional Committee on Climate Change. She said the disease, particularly an aggressive variant called serotype 2, used to be seen mostly in tropical, coastal areas, but has arrived in big cities, whose temperatures have increased between 2 and 4 degrees in recent years. She noted that temperatures above 27 and 28 degrees Celsius (80 to 82 Fahrenheit) accelerate the development of the mosquitoes, which can go from larva to adult in about a week.

Dependent on rainfall and warm temperatures, the disease disappears at temperatures below 14 degree Celsius. (57 degrees Fahrenheit) but is expected to increase in warmer future years in “high elevations in the tropics that used to be too cold for the viruses” (such as Jalisco), according to Colin J. Carlson, PhD, in a report “Global expansion and redistribution of Aedes-borne virus transmission risk with climate change.”

The Health Secretary of Mexico has recorded almost five times more cases through September of this year than in all of 2018. Jalisco is currently in second place nationally for dengue.