Was it a coup d’etat? A sneaky one perhaps, as Evo Morales himself admitted, but not in the traditional Bolivian mold – i.e. tanks on the streets, shots fired, a general taking over, etcetera. 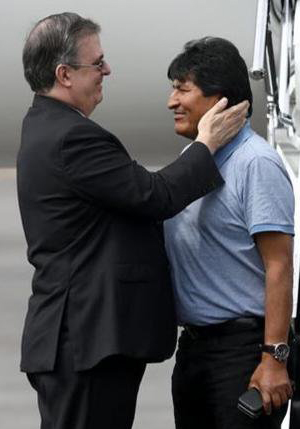 For some – especially the middle classes in the capital of La Paz – the ouster of the Bolivian president was a restoration of democracy after a tainted election under a leader who had vastly exceeded his powers. Others – notably those with leftist persuasions – see it as an unconstitutional, conservative/colonial power grab, exposing Bolivia’s underbelly of racism toward its indigenous population, religious fanaticism and history of military intervention.

By overruling laws restricting the length of his mandate and refusing to leave the presidency after 14 years in office, Morales in many ways brought his fate upon himself, alienating mostly everyone except his own indigenous base. Despite his social achievements in the past 14 years – illiteracy reduced from 13 percent to 2.4 percent; extreme poverty from 38.2 to 15.2 percent; unemployment from 9.2 to 4.1 percent – his ego finally got the better of him, his critics say, and his grip on power faded.