Mexican President Andres Manuel Lopez Obrador’s announcement that he will make his first trip abroad in early July to Washington, to meet with his counterpart Donald Trump, has drawn a slew of criticism from commentators who believe he will be used as a prop to bolster the incumbent U.S. president’s reelection bid. 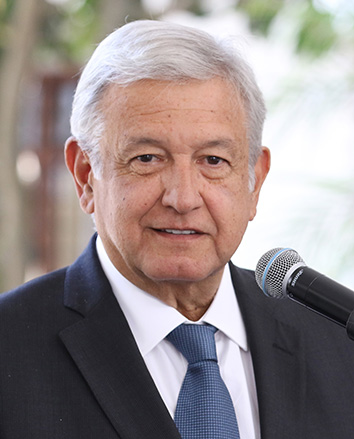 Speaking at his regular morning press conference Wednesday, Lopez Obrador said he wants Canadian Prime Minister Justin Trudeau to also be there, so all three premiers can participate in a ceremony to usher in the new trilateral trade agreement – known as T-Mec in Mexico and USMCA in the United States – set to come into force on July 1.

Lopez Obrador said that in addition to the new trade treaty launch, the other reason for his trip will be to thank Trump personally for his assistance in supplying ventilators during the Covid-19 pandemic.

Critics of both Trump and Lopez Obrador immediately weighed in.

Arturo Sarukhán, a former Mexican Aambassador to the United States, tweeted that Lopez Obrador’s visit will be interpreted by many as “a show of support for the most polarizing president in modern U.S. history.”