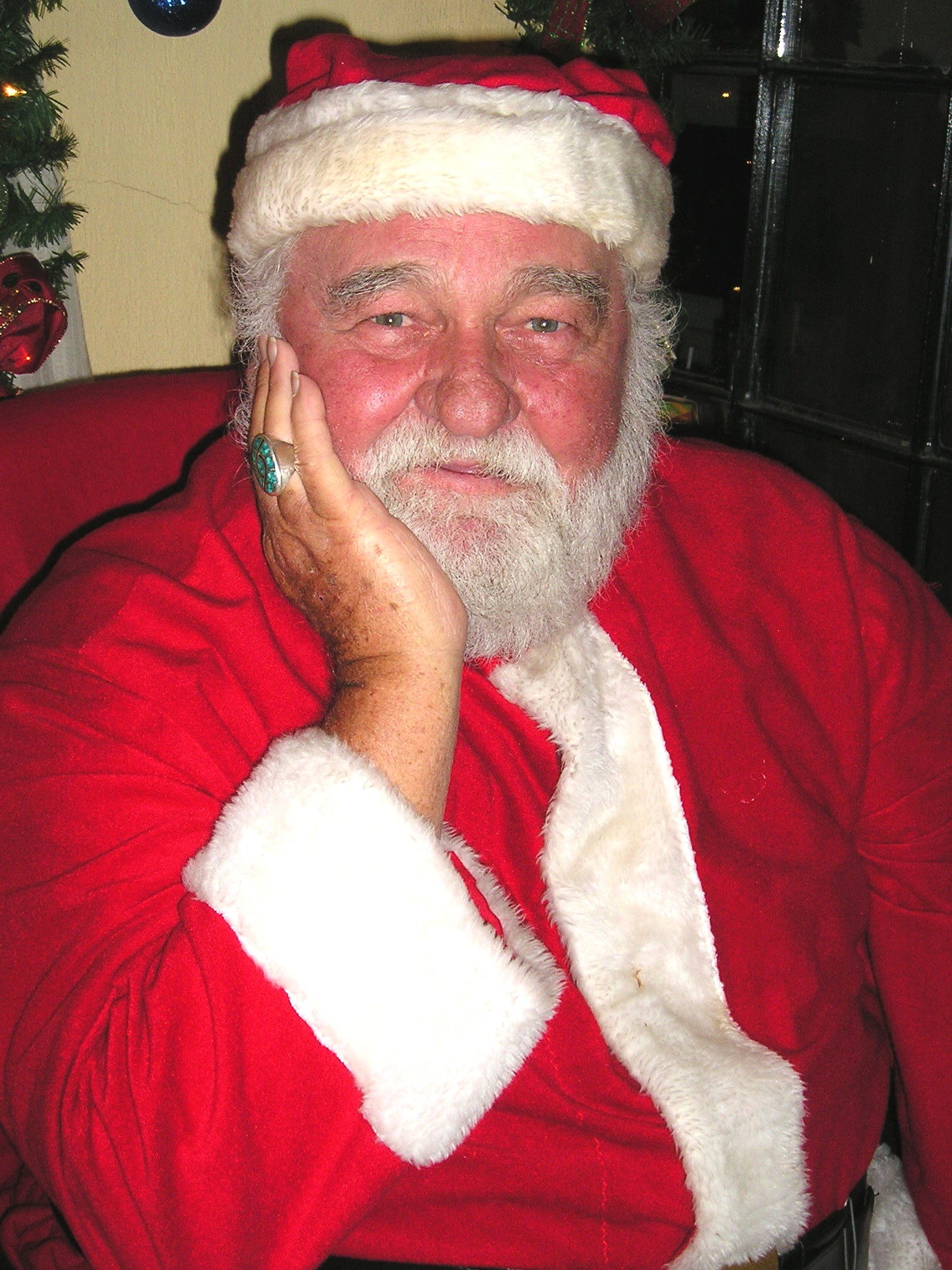 Born June 2, 1933 in Louisiana, Dupont was raised in Baltimore, Maryland. He later settled in Texas, where he spent his adult working life. It was there that he struck up a strong bond of friendshipwith work companion Roberto Bernal, a native of Chapala who eventually returned to his hometown. Once he retired, Dupont came to Chapala in 1995 to visit his friend. Enchanted with the place, days stretched into months, and he finally accepted Bernal’s offer to take up residence in the second story apartment of his home. In time, they became business partners, turning the ground floor of the house on Calle Morelos into El Zapote, a popular family-style Mexican restaurant.

One day, by happenstance, Bernal came across a suit bag containing a Santa Claus outfit. The peculiar find was an inspiration for Dupont, who still harbored a youthful dream of becoming a Hollywood actor.  By the time the Christmas season rolled around he had already let a full white beard grow out. Donning the Santa costume, he stuffed a couple of pillow cases with candies and set of to the plaza to hand out goodies to local kids.

The delight of the children prompted Dupont to repeat the impersonation of the jolly Christmas character year after year. His generosity and kind nature earned him the admiration and affection of Chapala’s populace as a whole.

Buffed up by exploring his acting talents, Dupont also went on to land character roles in various productions at Lakeside Little Theatre.

Due to failing health, Dupont reluctantly left Chapala last January to live with a daughter in New Hampshire while receiving medical care. Bernal is awaiting the arrival of his ashes to hold a memorial tribute for Chapala’s cherished man from the North Pole.