Larry Reeves, a beloved figure in the Lakeside community, died on May 6 after a long illness, just shy of his 93rd birthday. 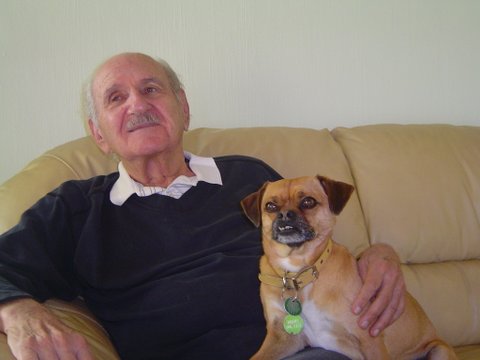 Following a successful career in book publishing in New York, Larry soon impressed Lakesiders with the depth and breadth of his enthusiastic involvement in community activities that ranged from animal welfare, charitable organizations that benefited Mexican children, and especially for the part he would play in the local literary scene.

Larry was born June 2, 1926, in Needham, Massachusetts. He attended public schools, and days after his highschool graduation in 1944, enlisted in the U.S. Navy. He saw combat in the Pacific theater of World War II aboard the battleship USS Nevada.

He married his highschool girl friend. Their twins were born while Larry was a student at Syracuse University, where he earned a bachelor’s degree in American literature and a master’s in library science. His time as a librarian was a brief few years; he soon felt the lure of the book publishing world.

His first publishing job interview began with martinis at Locke-Ober’s, famous for its power lunches, with an executive from the prestigious Boston firm Houghton Mifflin. The executive commented over lunch that book publishing had long been considered a “gentleman’s game,” meaning that personal wealth made it possible to accept modest salaries. Larry hastened to inform the man that he wasn’t a member of that group and would require a living wage. It was offered and accepted. His decades-long career in book publishing was launched.

Larry worked for some of the most prodigious firms in the U.S. publishing world. He considered himself fortunate to be mentored early on by three of the best in their field. His favorite one was Alfred “Pat” Knopf, Jr. (son of the redoubtable Alfred and Blanch) of Alfred A. Knopf. Seeing the young man’s talent for marketing, Pat Knopf stressed the importance of offering the book-buying public the opportunity to read, which meant distribution, which relied on marketing.

While a V.P. of marketing and acquisitions at Grosset & Dunlap, a new staff member caught Larry’s eye. She was Thetis Powers, joining the firm as a senior editor on hardcover books. They married in 1972. Forever after, he claimed that winning Thetis’s hand was one of his finest achievements. Larry left Grosset to purchase E.M. Hale, a juvenile reprint house, and to establish Harvey House to publish original titles for young adults and children.

The Reeves retired to Lakeside in 1997. While Thetis scoured the area for the best Spanish teacher, hair cutter, dentist and liquor store, Larry went off to be busy and useful. His love of animals led him to volunteer at the Lake Chapala Humane Society, where he eventually served as president for two years. From that time on, every dog and cat that graced their homes were adopted from one of the area’s shelters.

Larry was serving as Lake Chapala Society’s library director in 2002 when LCS board president Jim Penton proposed upgrading the primitive lending library, which up to then relied on donated books, many of which were worn or otherwise not useful. With funds budgeted to get the job done, Larry had the collection culled, evaluated, indexed and catalogued. A computerized circulation system brought the facility into the 21st century. With an account set up with a book dealer in the U.S. for the purchase of new titles and a fellow book lover named Ann Heath trained to become head librarian, the LCS library was now up to the standards of a small-town public lending library. With no funds left for new books, Larry solved that problem by creating Club Sala as an entertainment entity that would put on a variety of shows over the next six years ranging from one-person stand-ups to a chamber music recital to dinner dances, campus-wide events, and annual Christmas-time galas. Thousands of pesos were raised from ticket sales and earmarked exclusively for the purchase new of titles. Many LCS members recall the time as the library’s heyday.

In his years of active service to the community, it is not surprising, given his background, that Larry focused on the literary side of things. As he made friends with talented Lakeside writers it occurred to him that workshops would be useful, so that small groups could meet to hear and critique each other’s work in progress. He became a late-blooming writer himself and was published in the local English-language monthlies. He scored a hit with his monthly column in the Chapala Review called Verso that shared his insider’s view of the publishing world and time spent with the giants of the day.

Finally, in memory of Jim Collums, a well-liked Lakeside personality who died suddenly, Larry established Storytellers, a monthly event staged on LCS’s back patio that featured stories on themes that ran from romantic to the macabre read by their notable creators, including Mel Goldberg, Margaret Van Every, Jim Tipton and Judy Dykstra-Brown. The event’s proceeds went to LCS’s Education Fund to help Mexican kids cover the costs of school supplies and uniforms. 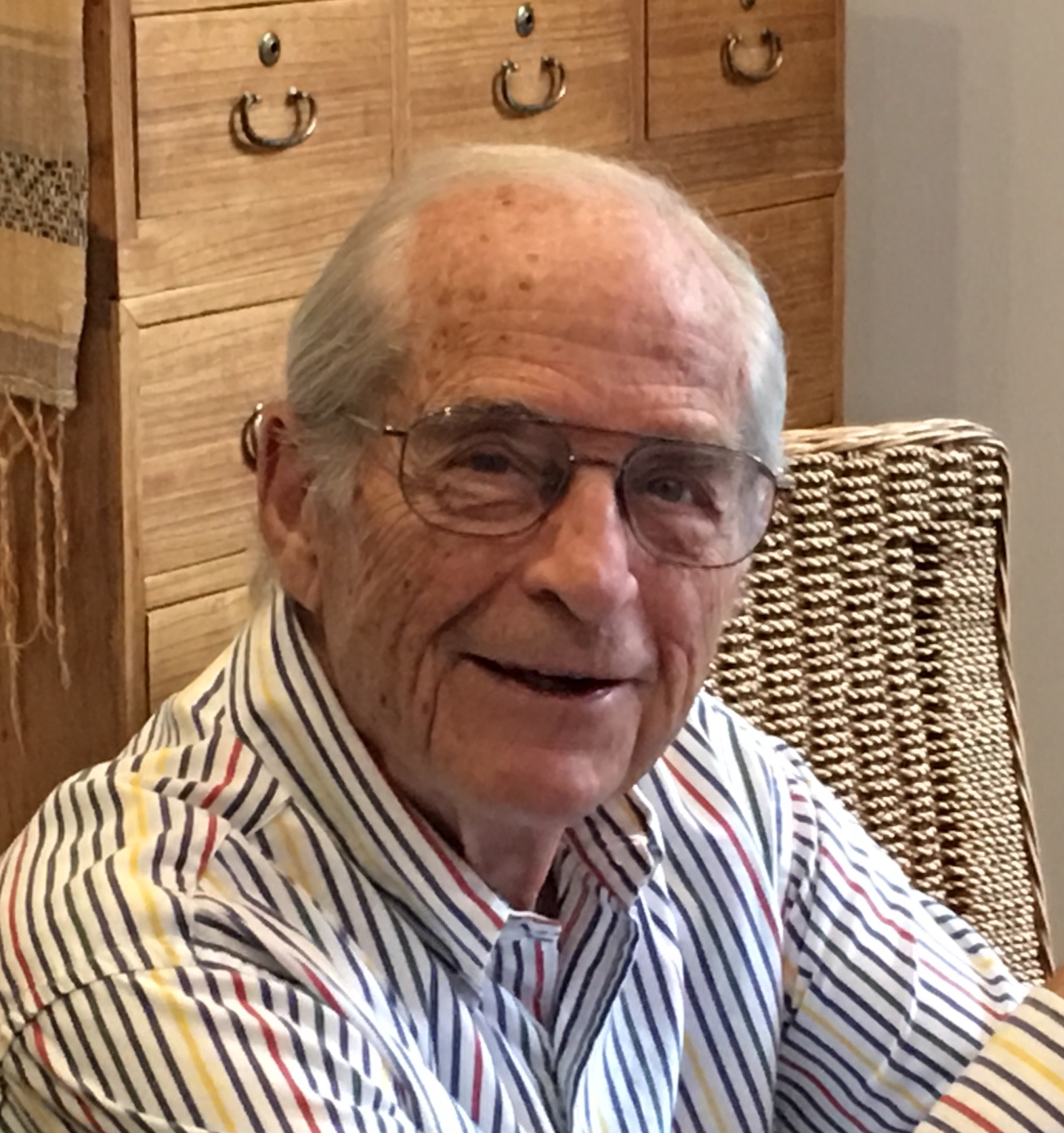 Longtime resident Alfred Matthews passed away peacefully while visiting with family in Connecticut. His last day was a joyous one, celebrating his wife June’s 80th birthday and planning to celebrate his 92nd. birthday the following day.

Al was born in Brooklyn in 1927. He attended parochial schools and later Fordham University. He enlisted in the Navy at 17 and was proud of his service on carriers in the Pacific during World War II.

Al moved to Mexico with his wife June in 2002 after they owned and ran a beautiful Inn in Vermont for 17 years. Prior to life as an innkeeper, Al worked in the computer industry and then was the Deputy Commissioner of the Division of Labor Management for Nassau County, Long Island, New York.

Al loved sports. He played tennis, ice skated, sailed, water skied, rode and owned horses, and especially loved downhill skiing. He made his last run at age 81. Al won the Silver Skates in 1948 and missed being in the Olympics by fractions of a second.

Al is survived by his loving wife and companion of 42 years, June; his children from a previous marriage, son Bradford Matthews of Oyster Bay, New York, daughters Hillary Matthews Thomas of San Francisco and Aspen, Alicia Turbidy of Aspen, Colorado and seven grandchildren: Payton, Charlotte and Ford Matthews, Charlie and Lucy Thomas and Shannon and Sabrina Turbidy, as well as his stepdaughter Ariane Mermod of Redding, Connecticut. A memorial will be held in Center Island, New York, at a later date.