Long-time resident Charlie Klestadt died in the early hours of Friday, October 18 at his Ajijic home, with his wife of 50 years at his side. He had been in failing health since suffering a stroke last April.

Klestadt was born June 16, 1944 in Newark, New Jersey. He grew up and studied there before entering the Newark College of Engineering (now incorporated in the New Jersey Institute of Technology), where he graduated with a degree in chemical engineering. He went on to earn a master’s degree in plastics engineering and an MBA in marketing. 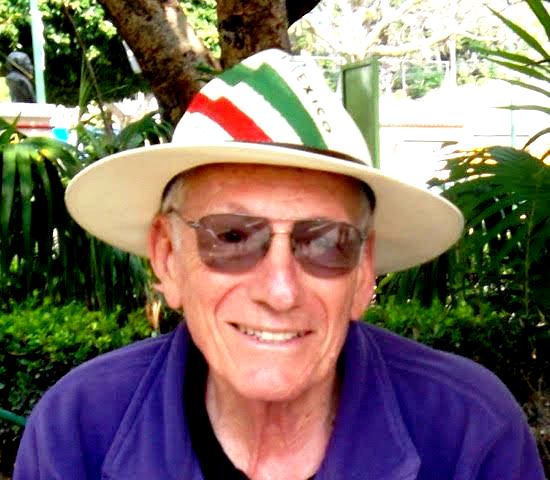 His professional expertise led to a long career with the Mobil Chemical Company, taking him to employment assignments in Louisiana, Texas, Virginia and finally back in his home state of New Jersey. He was offered a golden retirement package during the 1999 ExxonMobil corporate merge.

On January 26, 1969, Klestadt took Ann Miller as his bride. The couple met at a New Year’s Eve party hosted by one of his college pals, which they attended with separate dates. They hit if off immediately, and Charlie left convinced he had found his future wife. They enjoyed a quiet courtship, frequently bouncing between the homes of their parents to share dinners and games of Scrabble prior to their wedding day.

The newlyweds honeymooned in Puerto Rico, delighted to get away from winter weather. They vowed to always spend future anniversaries in warm places. They kept to that promise every year except once, shortly after the birth of their son Martin (Marty) in December 1971.

As Charlie approached retirement, the couple started looking at places to live out the rest of their years together. Research at the library helped them narrow down their options to three Mexico destinations: San Miguel de Allende, Guadalajara and the Lake Chapala area.

Realizing that the books they read were outdated, Ann decided to test the waters in 1998, enrolling for a winter Spanish course in San Miguel de Allende. When it ended, Charlie joined her there and extended the trip to visit Jalisco. They were turned off by big city traffic in Guadalajara, but enchanted by Ajijic’s excellent climate and friendly people.

Ann moved into an Ajijic rental property in 1999 while her husband finished out his retirement process in the ExxonMobil transition. Once he was able to join her, they began the search for their own home, eventually purchasing residences in Villa Nova and La Floresta. Last February they made their last move to The Moon independent living complex in west Ajijic.

Through the years, in addition to keeping busy and fit playing volleyball and softball with local friends, Charlie put an indelible stamp on the community as a charming and masterful funder-raiser for charitable causes. He picked up the baton for Cruz Roja Chapala following the death of long-time champion Shep Lynchek and in recent years threw his support to the Lakeside Charities Grant Program. Countless local people have benefited from his selfless efforts.

Fondly known as “the man with the hat,” he haunted the doorway at Superlake and other local spots, making good with a broad smile and friendly patter to hawk raffle tickets at an outstanding pace. “People saw him coming and reached for their wallets,” his spouse recalls.

Klestadt is survived by his widow and son Marty of Houston, Texas. A memorial service will be held when his son comes here in December for his annual family reunion.