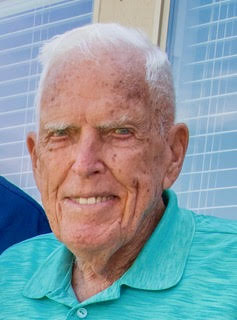 He served as an officer in the U.S. Navy for 20 years and retired in 1964 with the rank of commander. Following a successful civilian career, he retired to San Juan Cosala in 1995.

Wester is survived by wife Cleola Hengstebeck, children James, Robin, and Karen, and numerous stepchildren, grandchildren and great grandchildren. He was preceded in death by his son John.