Annie (Chahine) Sheahin, known as Leyla Ann Sheahin, passed away quietly at home in the arms of her devoted husband, Sunday, February 16, just five days before her 88th birthday, after a long and difficult battle with diabetes. 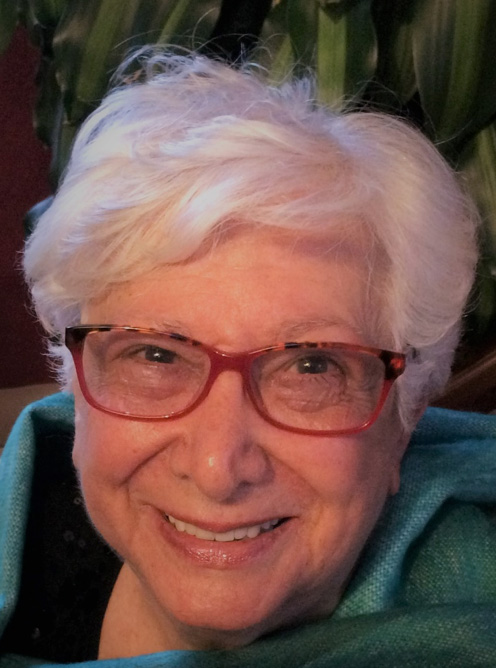 Born in the French Maternity Hospital in Beirut, Lebanon, on February 21, 1932, she left Lebanon with her family aboard the Ile de France in November 1933, bound for Washington, D.C., where she remained until 1951, when she moved to Maryland with her first husband, Francis J. Samaha, and settled near Camp Springs.

She married her second husband, James Charles “JC” Linn on June 13, 1993. The couple resided in various places during his 28-year Air Force career, until a few years ago when they retired to Ajijic.

Of all her jobs, her favorite was working as a “mini ambassador” at the National Institutes of Health in Bethesda, Maryland, with international research physicians from around the world and C. Everett Koop, a past U.S. surgeon general.

An avid movie-goer from a young age, Sheahin had a passion for old black-and-white love stories and could name nearly every title, actor, production date and detail.

Sheahin was a faithful, joyful and affectionate Christian wife and mother, the joy of any party, a kind neighbor, and had the respect and love of a large circle of friends and acquaintances. Everyone she met was greeted with kindness and openness, and she found the best in everyone.

She raised a loving family of three sons and a daughter,  Jeffrey, Gary (Katy), Lisa and Richard (Christine) Samaha, as well as stepchildren Jason (Joy), Andria (Jeffrey) and Ali (Erin), all living in various parts of the United States.

She leaves behind her husband, seven children, 12 grandchildren and 11 great-grandchildren.

Following a short memorial in Chapala, her remains will be taken to Virginia and interred in the Arlington National Cemetery on a beautiful and sunshiny spot in sight of her old home across the Potomac, where she lived and reared her children.