Dr. Suzanne Forrest, a beloved resident of Ajijic, passed away on April 25 at the San Antonio Hospital from complications after a successful surgery to repair her fractured leg. 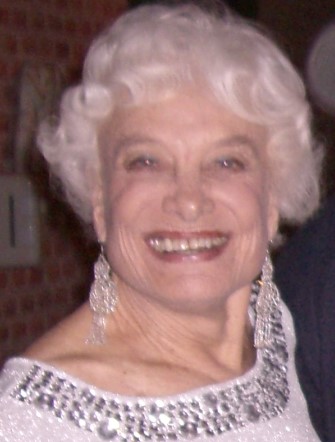 Suzanne was born on November 15, 1926 and grew up in Columbus, Ohio, where she received a B.A. in Biological Sciences from Ohio State University. While enrolled at the University of Arizona as a graduate student in anthropology, she fell in love with Stephan de Borhegyi, a post-doctoral archeology student from Hungary. They married in Guatemala where Steve was working with the Carnegie Institution of Washington on Maya excavations.

They began a 20-year professional collaboration on Maya archaeology and parenting their four children. Steve’s career in museums took them to Santa Fe, New Mexico; Norman, Oklahoma and finally Milwaukee, Wisconsin where Steve served as Director of the Milwaukee Public Museum until his death in 1969 in a car accident.

Inspired by their diving explorations in Guatemala, Suzanne wrote several books for young people including: “Ships, Shoals and Amphoras: The Story of Underwater Archeology,” “The Secret of the Sacred Lake” and “Museums, A Book to Begin On,” all published by Holt, Rinehart and Winston. While still in Milwaukee, she received a Master’s degree in History from the University of Wisconsin-Milwaukee and taught world history and anthropology at a college preparatory school.

Suzanne and Jim moved back to New Mexico where she continued her history research and writing, and in 1997, they retired to Ajijic.

Suzanne became well known for her series of lectures on the Archaeology of Mexico for the Lake Chapala Society and Neil James Series. She also loved music and theater, and was a president of VIVA La Música!, an LCS officer, and a very active member of several local cultural support groups.

In 2005, Lakeside Profiles dubbed her “A Walking Cultural Dictionary!” She also assisted her son, Carl de Borhegyi, with his research on Mesoamerican art and Pre-Columbian religion. Besides Carl of Minneapolis, Minnesota, she is survived by her daughter Ilona de Borhegyi and son Dr. Kip de Borhegyi of Ajijic, Steve de Borhegyi of Phoenix, Arizona; and two step-daughters, Mary Forrest of Florence, Italy, and Barbara Forrest of Madison, Wisconsin, three grandchildren Corinne Cosic, and Cole and Connor de Borhegyi; and three great-grandchildren Mila, Isla and Jude Cosic.

When her family and friends can gather together safely, a Celebration of Life Ceremony will be held for Suzanne at St. Andrew’s Anglican Church in Riberas, where her ashes will rest in their Columbarium.