Restaurateur Pedro David Olivares Romo, founder of the Cazuelas Grill chain that began in Ajijic in the 1980s, died July 13 from heart failure at his home in Barra de Navidad. He was 74. 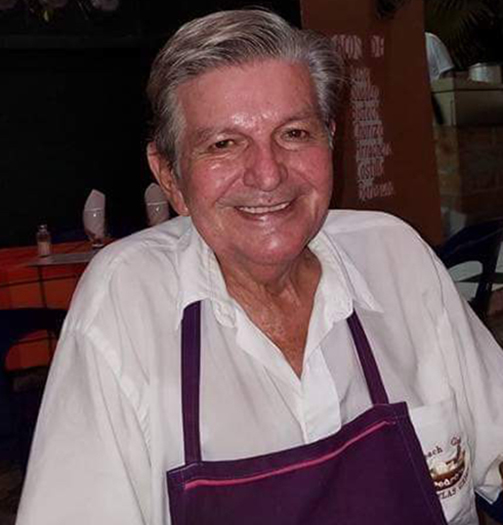 Olivares was born in Mexico City, May 21, 1946. He married Rosa Maria Weber in 1965 after finishing school at the Instituto Mexico at the Universidad Nacional Autonoma de Mexico.

Olivares was a favorite with the expats for his weekend musical shows. He later opened a restaurant on the beach in Puerto Vallarta and started his renowned “Beach Parties,” hosting top comedians and Mexican and international talent.

A few years on, he did the same in Manzanillo and finally settled in Bara de Navidad, opening “Pedro’s Place.” Many of his friends from the United States and Canada visited with him virtually during his illness and also  attended an online celebration of his life, with songs, anecdotes and affectionate stories about “Don Opedro Cazuelas,” which was his unofficial moniker.

Olivares is survived by his son David Olivares in Cancun, and daughter Veronica in the United States.