The spark, light and laughter that once defined Ed M. Cage was extinguished by death from Parkinson’s Disease on August 26. 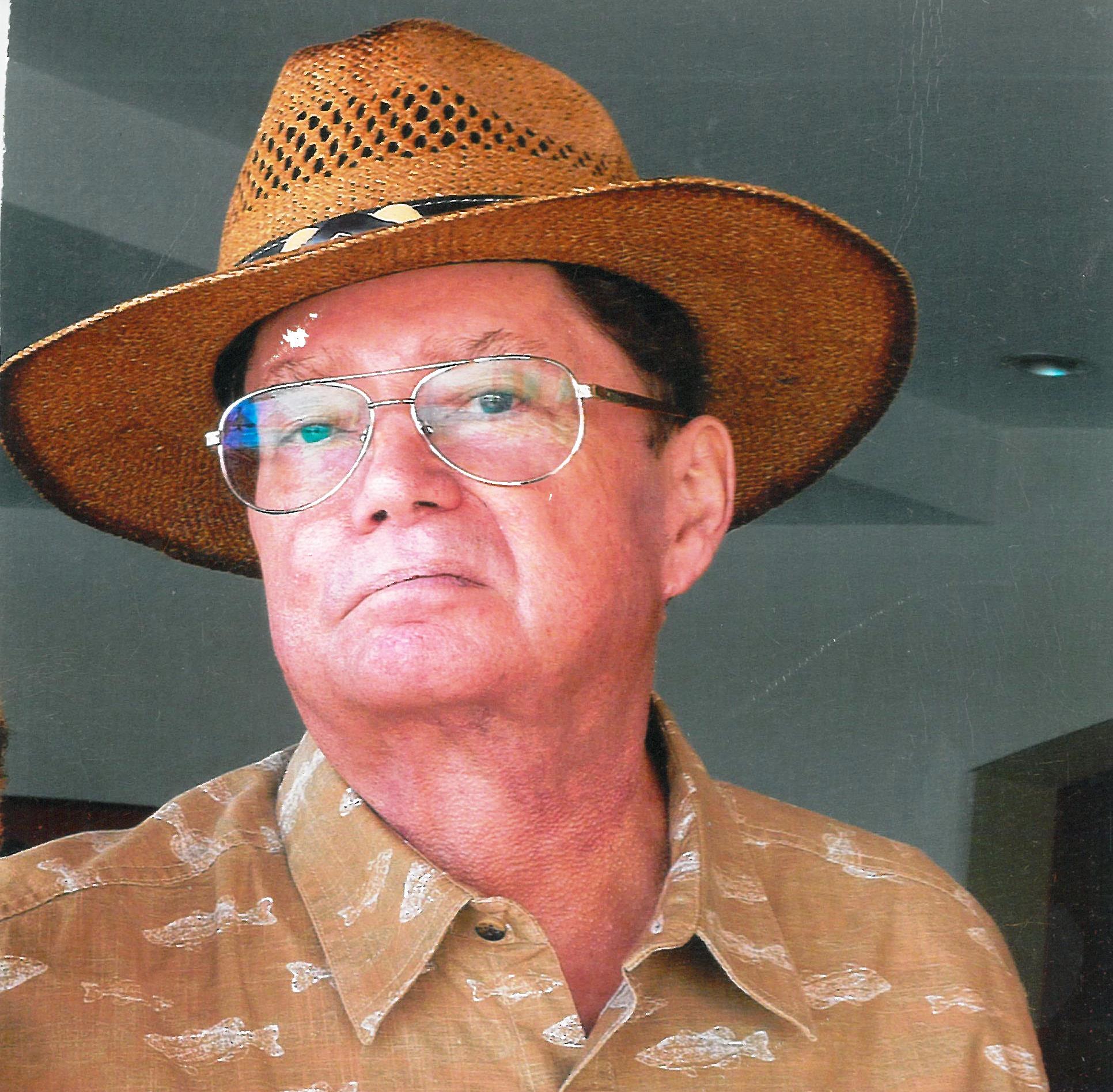 Ed was born June 2, 1944 in Seattle, Washington and as an infant moved to Dallas, Texas, where he resided until the move to Ajijic in 2009.

He was the oldest of the eight children of Edwin and Eileen O’Malley Cage. It was a large, loving, Irish Catholic family. Siblings include Catherine Cage Keen (Robert), Kerry Cage (Brenda), Monica Cage Smith, Theresa Cage Dukes (Clay), Christopher Cage (Maureen)  and twin sisters Veronica Cage Stanley (John) and Virginia Cage Jenkins (Steve). Ed was uncle to 23. He is predeceased by his parents and niece Kelly Keen, who died on the same day, 39 years earlier.

Ed attended Christ the King grade school, Jesuit High School and Hillcrest High School and then North Texas State University, where he studied art. During his third year in college while playing pool, poker and chasing coeds, Uncle Sam was about to draft him.   Ed preempted Uncle Sam and enlisted.  He was sent to Ft. Benning for officer candidate school (OCS).

Only the U.S. Army would determine that an artist would make a great gunner on a tank in Vietnam. He earned four Bronze Stars with Oak Leaf clusters and sharpshooter medals, of which he was very proud.  Ed painted murals on many dining halls when not shooting at the enemy.

After leaving the Army he returned to Dallas and school.  He landed a job as an artist at the local ABC affiliate, where he met his wife of 49 years, Karen.

Ed was an exceptional illustrator and lightening fast, and soon he was used almost exclusively as a courtroom sketch artist.  In 1970, he opened his own firm, The Art Board. By the mid-1970s, it was the third largest art studio in Dallas, boasting of clients such as JC Penney, the U.S. Army, Jimmy Dean Sausage, Frito Lay, Coke and legions of local clients.  His interest was always in politics and thus the Art Board became the go-to studio for local political advertising and collateral.  His political passion and involvement grew and in 1984 he was nominated as a delegate from Texas to the Republican National Convention held in Dallas that year.

Other interests included the assassination of JFK. He ran two websites devoted to the assassination and was widely quoted in newspapers, magazines, TV and radio. He was a devoted Dallas Cowboys fan and a pool enthusiast, until the Parkinson’s tremors no longer allowed him to play the game he so loved.

The campaign of Donald Trump ignited a passion and inspired Ed to run a blog and numerous Texans for Trump websites. He was thrilled at the Trump victory in 2016 and wanted to live long enough to see the incumbent president reelected in November.

Since November, 2019, Ed was a resident of Nursing Home Lake Chapala and received excellent, compassionate care from Rudy Ortiz and the nursing staff. The family thanks them and the wonderful Dr. Carlos Garcia.

Ed leaves behind his seven siblings and their families, wife Karen Durham Cage and dachshund daughter, Sadie Durham Cage, to grieve him. 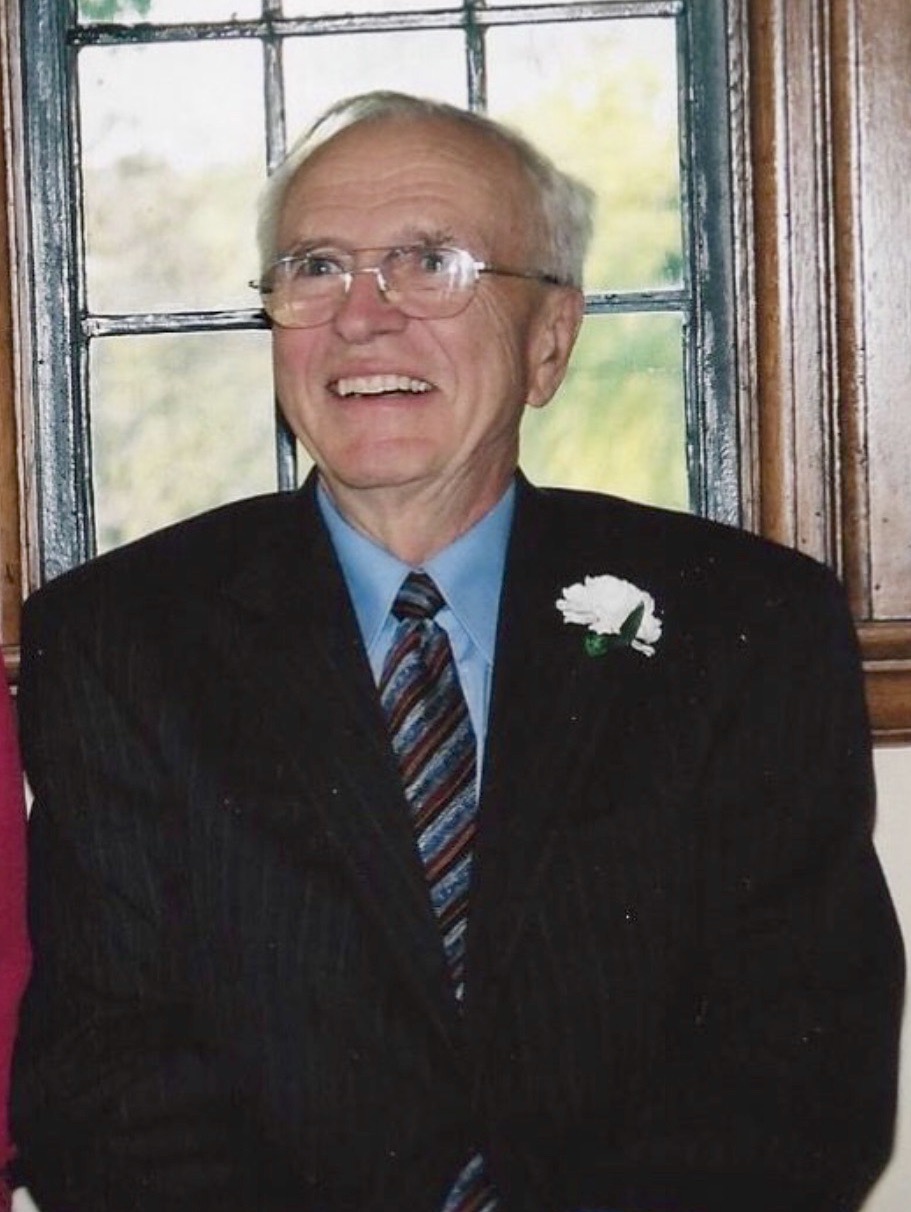 Alan Eric Allsebrook died in San Antonio Tlayacapan on August 6 at the age of 89.

Born in 1931 in Kaslo, British Columbia, Eric was the younger of two children of Alan and Lucy Allsebrook, English immigrants to Canada. He received his schooling in Kaslo, and graduated in chemical engineering from the University of British Columbia in 1955.

He met his future wife Elizabeth “Beth” Allsebrook while she was visiting Kaslo with her classmate, Eric’s sister Naomi, in 1951. Their happy marriage lasted 60 years before Beth’s passing.

As a consulting engineer, Eric worked on everything from oil and gas to heavy water, oil sands, desalination, pulp and paper and hydro electric power.

He was particularly proud to have designed and built his family’s cottage in the 1000 Islands.

Eric and Beth chose Mexico as a future place to retire during a visit in 1990. They settled here in 1993, and remained as full-time residents, except for a month or so during the summers. On arriving in Chula Vista, Eric served a number of terms as Water Commissioner and as President of the Fraccionamiento and attended St. Andrew’s Anglican Church.

When a man like Eric leaves this planet for his final destiny, there is definitely a void in the world, especially in the grieving family. Eric was the type of person who after a short conversation you felt as though you knew him for years. When you talked with Eric, he made you feel important and he listened. He was always ready to share a grin. He left everyone he met feeling like seeing them was the high point of his day.

Eric will be missed and fondly remembered by his sons David Allsebrook of Toronto and Douglas Allsebrook of Brampton, daughter-in-law Carolyn Allsebrook, his two granddaughters Emily and Kate Allsebrook, and sister Naomi Miller.