Lakeside’s Heather Zaina Altmire, described by her mother Lisa as her “beloved daughter and best friend,” passed away on December 29, 2020, after a long battle with dengue hemorrhagic fever. 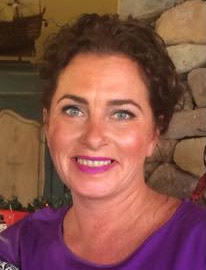 Heather was born in Saudi Arabia on May 4, 1976. When she was two years old the family moved to southern Spain, then to Ireland and England, and finally to Houston, Texas, where they lived in an international community for six years.

Lisa says Heather and her brother, David, had a variety of playmates, whom she communicated with most of her life. After Houston, the family transferred to Cairo, Egypt, for another six years, where Heather attended the British School. During this time she was introduced to European, French and Arabic people. She loved Egypt, and especially trips to Greece, Turkey, Cyprus and France, her mother notes.

After moving to southern California, where the family took many trips to the ocean and mountains, they moved back to Houston. Heather finished high school there and attended a community college, studying literature. She became a flight attendant and worked for Continental Airways for several years, before leaving the airline after 9/11.