Following the recent shooting of a gay man, the Tourism Association of Puerto Vallarta has stressed that the resort remains one of the safest destinations for the LGBTQ visitor, not only in Mexico, but on an international level. 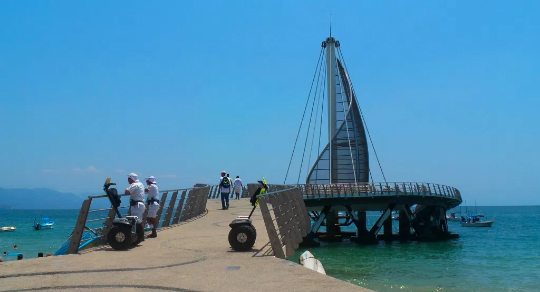 Carl Blea, a U.S. military veteran, was shot in the thigh while holding hands with his husband, Mark Lange, in the Lazaro Cardenas Park shortly after the couple left a nightclub in the early hours of March 26.

According to the two men, both real estate professionals from Palm Springs, California, the assailant shouted at them before firing a shot and running off.  He did not demand any money or personal belongings, nor were there witnesses to the incident, they told news sources north of the border.

However, local news reports suggested theft to be the motive of the attack and that the assailant shot Blea because he resisted an assault.  This version of the incident has been disputed by the two men, who told The Desert Sun, a Palm Springs newspaper, that they had no interaction with the shooter.

Writing on Facebook, Lange described the incident as a “hate crime” and not a botched robbery.

A report on NoticiasPV.com, however, quoted a security guard who said he saw the two men arguing with the assailant before the shot was fired.

In a statement, the Tourism Association of Puerto Vallarta said “these  types of incidents are rare and extremely isolated.” The missive continued: “Last year, more than 17,000 LGBTQ international visitors came to Puerto Vallarta for Vallarta Pride alone, without incident. It is estimated that, in general, about 20% of visitors to Puerto Vallarta, specifically in the city’s Romantic Zone, are part of the LGBTQ community and safely enjoy the destination, again without any incident.”

According to NoticiasPV.com, paramedics arrived quickly at the scene of the shooting.  Blea was taken to the Medasist Hospital in a private ambulance.  The couple have since returned to California.