As 2019 gains momentum, consider visiting the remote village of Yelapa in Cabo Corrientes for an off-the-grid experience in the Mexican jungle. 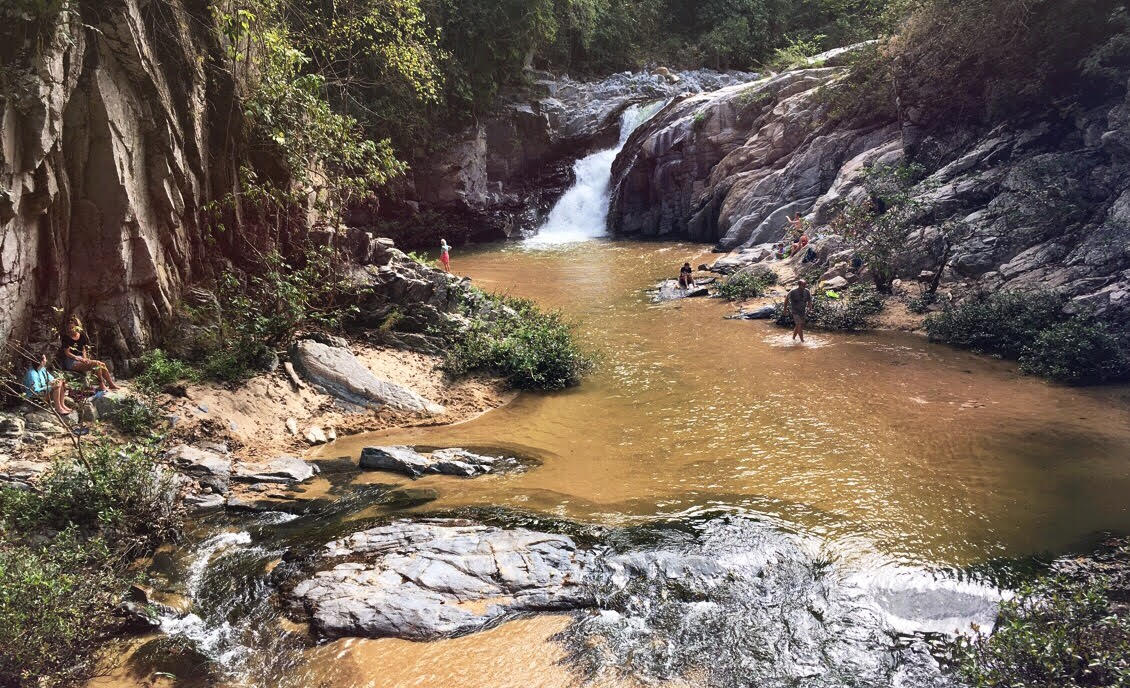 First off, you can only access the town, with a population of approximately 1,500, via water taxi from Los Muertos Pier in Puerto Vallarta, costing 380 pesos round trip. After an hour-long boat ride where you may encounter a whale or two along the way, newcomers are steered into a tropical enclave on Bahía de Banderas (Bay of the Flags) surrounded by pristine landscapes and rich biodiversity.

There’s no denying that Yelapa (meaning “where two rivers meet the sea” in the local indigenous language) is a thriving tourist town in the middle of nowhere. With various lodging and dining options, I was lucky enough to visit for the New Year, where I camped underneath the canopy at Passion Flower Gardens owned by Oregonian April Jones.

“I knew from having spent so much time on the coast that I wanted to be coastal but I didn’t want to be so cold,” said Jones, who previously lived in the San Juan Islands of the Pacific Northwest, managing a bed and breakfast, before relocating to Yelapa 24 years ago. “I was looking for someplace along Mexico’s coast that was warm and tropical, had a river that ran into the ocean, with mountains behind it so there will always be waterfalls. When I came around into the bay of Yelapa for the first time, I realized this was the spot.”

It doesn’t take long to appreciate Yelapa’s splendor. Within its geographic isolation, you’ll find a self-governing society with no ambulances, no police and no stressors from the outside world. Visitors craving a rustic experience can take advantage of a handful of outdoor activities, ranging from hiking, journeying to nearby waterfalls, spending afternoons on the beach, to paragliding across the bay. Other than that, there really isn’t a whole lot to do besides savoring the moment.

“The good thing is that there aren’t any big attractions,” said Markus Janowski from Hamburg, Germany, who rented a “casita” (little house) at Oasis By the River through Airbnb. “I came because I wanted to hang out and pretty much do nothing. Therefore Yelapa is perfect.”

Celebrated for its positive energy and overall good vibes, Yelapa also attracts an eclectic group of spiritual enthusiasts and yogis seeking simplicity in their everyday lives.

“My driving force is understanding spiritual consciousness, spiritual awareness and what we’re doing here,” said Peter Johnston, who has been splitting his time between Cape Breton, Nova Scotia and Yelapa for the past five years. “I’ve been a Buddhist since I was 12 years old. On a more personal level, I’m a minimalist and that’s because I want to live on this planet with the smallest footprint as possible, and I’m able to do that in Yelapa.”

Don’t expect to find any vehicles here except four-wheelers and mules, which tourists can rent. Practically everything is within a 10-minute walk and prices are generally low, with the exception of “upscale” restaurants such as Gloria’s and the Yacht Club, where dishes cost around 450 pesos. There are plenty of markets for travelers on a smaller budget.

At the core of Yelapa’s special character is the fact that electricity was introduced only 16 years ago. Prior to the innovation, only the wealthiest residents owned generators and televisions were rare commodities. Roads didn’t even exist until the electrical company installed telephone poles, which ultimately broadened horizons for residents.

“Locals still want the opportunity to have communication with the rest of the world, and that opens up everything,” said Jones. “Having electricity makes for more education and for more publicity for Yelapa itself, so people can come and then go back home to say, ‘Hey, this is a beautiful spot.’”