A female journalist reporting on people sunbathing on a Puerto Vallarta beach this week was assaulted and verbally abused by two English-speaking vacationers who objected to being filmed.

One of the vacationers approached the reporter and tried to grab the camera. “You can’t film us. You need our permission. And we don’t give you permission. Get out of here,” he said.

The abuse continued even after the reporter tried to explain that the beaches were off-limits because of the coronvirus contingency. 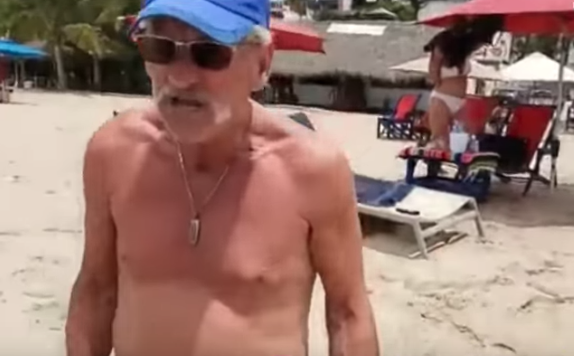 A second man approaches the journalist at the end of the video and continues to rail at the reporter, who tells them that she will report their behavior to authorities.

According to Vallarta Daily News, the two men are Canadian citizens.

Both the Canadian and U.S. ambassadors to Mexico censured the tourists’ actions.