Foreign citizens who have jumped through all the bureaucratic hoops required to obtain residency visas in Mexico may run the risk of losing that legal status whenever they venture out for travel beyond the country’s borders. 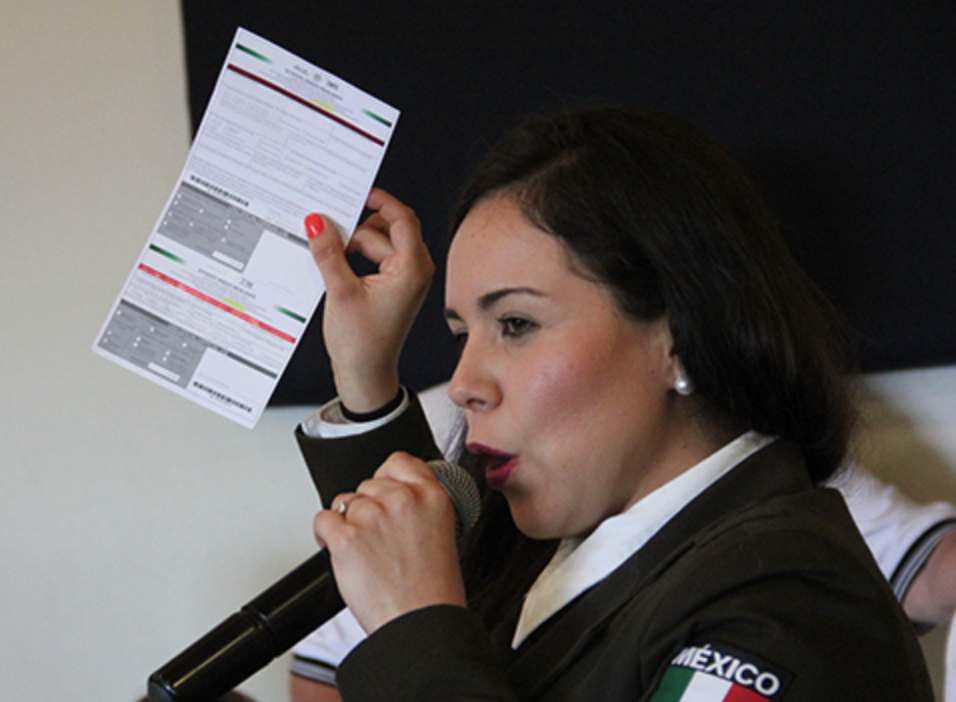 Officials from the Instituto Nacional de Migration (INM) issued a warning to that effect during a conference directed to a large crowd of expats held April 11 under the auspices of the Lake Chapala Shrine Club.

All it takes is a seemingly minor clerical error committed when going through immigration stations at border crossings and international airports to end up getting automatically switched from Residente Temporal (RT) or Residente Permanente (RP) status to a visitor permit good for a maximum of 180 days.

According to INM’s Chapala office chief Guillermina Cortés, at least a dozen lakeside area immigrants have lost their residency visas due to paperwork glitches when returning to Mexico from trips abroad. Essentially the problem stems from errors in processing the Forma Migratoria Multiple (FMM), a standard form that must be submitted individually by all foreigners entering and exiting Mexico.

For tourists traveling beyond the border zone, the two-part FMM serves as their official visitor permit. The larger top portion is stamped and collected by immigration officers upon entry to the country, with the lower segment handed back upon departure.

In contrast, as an RT or RP visa holder, any time you fly out of Mexico you will have to fill out an FMM and give it to the airline carrier to be attached to your boarding pass. The shorter lower segment will be collected at the INM desk prior to entering the boarding area.

The trickier part is how the FMM is handled when reentering Mexico. Airline personnel usually hand out the forms on board the incoming flight. Residentes fill in the information boxes in the top portion of the form, including noting Mexico as country of residence (box #7), the number shown on the back of the INM green card (box #8), checking otro/other for purpose of trip (box #9).

Cortés also recommends adding the hand-written notation Residente Permanente or Residente Temporal across the top of the form and detaching the lower portion of form that is meant to be kept only by persons coming into the country as visitors.

Once off the plane, pay close attention as you go through the immigration filter. First of all show the official your INM resident green card and passport and verbally state “soy residente.”  Then hand over only the top portion of the FMM.

Cooperate if the official on duty insists that you fill out both segments of the form, but make sure that the gray areas designated for Uso Oficial are filled out properly before leaving the immigration desk. If there is a check mark in the section labeled Estancia Maxima 180 days you will be registered as a visitor in the INM data base, automatically losing your resident status.  In that case, stand your ground to see that the mistake is corrected and the section below, titled “Unicamente Para Efectos Estadisticos,” is checked off in the box labeled Tarjeta Permanente Temporal.

Resident immigrants should follow the same procedures when leaving and entering the country by land or sea.

Cortés also points out that RP and PT holders are not subject to paying any processing fees to airline companies or immigration checkpoints since they have already paid the requisite taxes for obtaining their visas.