According to the soothsayers at the University of Guadalajara Meteorology Institute (IAM), citizens who have only just managed to recover from the city’s baking heat wave will very shortly be hit by a wall of water as the rainy season kicks into gear. 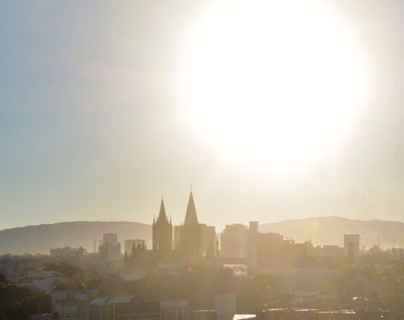 That goes for Jalisco as a whole, with heavy downpours expected in the southern, coastal, and Lake Chapala areas.

A preview of the coming seasonal deluge, which UdG experts expect to be 30 percent more plentiful than last year, was briefly experienced by residents of Guadalajara Wednesday at around 8 p.m., when the heavens opened and drenched various part of the city for about 30 minutes.

Wednesday’s short flurry, which was accompanied by gusting wind, downed trees at several points in the metro area, including Colonia Providencia, Northeast Periferico and Belisario Dominguez in Colonia San Isabel, and felled (at least) one giant billboard, located where the Nogales Carretera meets Camino Arenero.  No injuries were reported.

And while temperatures in the Guadalajara metropolitan area will hover around 31-32 degrees Celsius – from a heat-wave-high of almost 40 – other parts of the state will experience temperatures on par with or higher than the ones experienced in the last couple of weeks.  These include the northeast, north and northwest, which are set to wilt under highs of 45 degrees.