Researchers at the University of Guadalajara’s Department of Physiology are urging lawmakers to enact policy to combat smoking among young people, going so far as to propose raising the minimum purchasing age to 25.

Among other findings, the UdG team has found that, on average, Jalisciences start smoking at age 16 and consume nine cigarettes daily.

According to the World Health Organization (WHO), smoking tobacco constitutes a chronic, addictive sickness; one cigarette, the agency says, contains over 4,000 different substances, many of them, like tar and carbon monoxide, extremely harmful to one’s health. 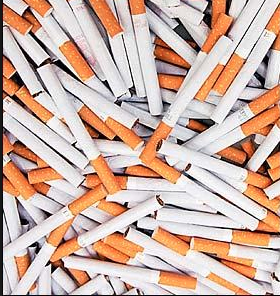 Last year, Guadalajara daily Milenio reported that 1.5 million people smoke in Jalisco.  (The number may be much higher.)  Quoted in the article was Raul Ortiz Peregrina, head of Inhalation Therapy, Pneumology and Allergies at Guadalajara’s Nuevo Hospital Civil, who stated that 17 percent of middle and high school students use tobacco.