In Mexico’s burning sun, fur-coated canines can literally baste in a backyard or on a rooftop. 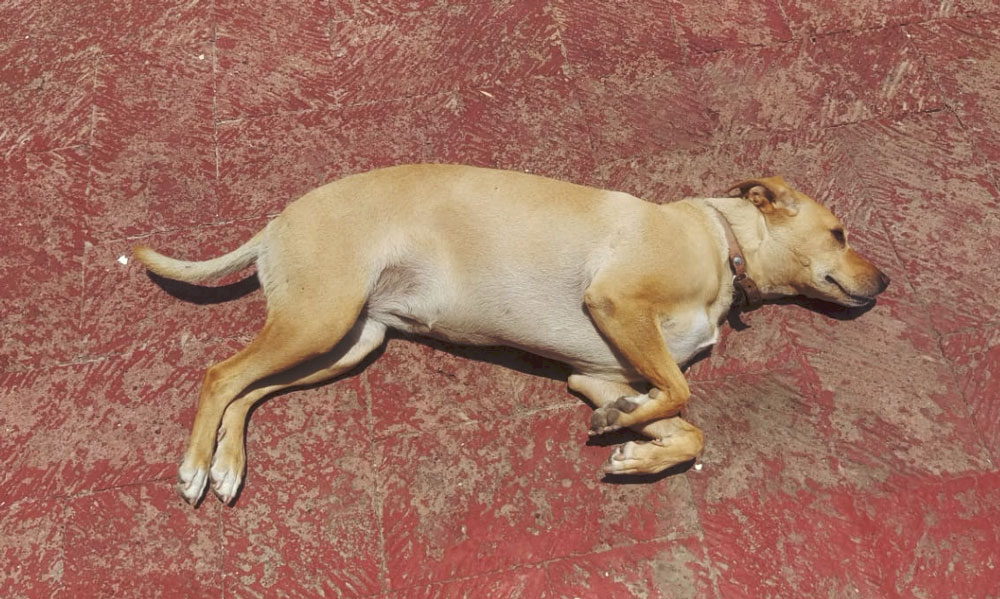 Hundreds of dogs die each summer from being left out in the sun by irresponsible owners. Dogs left in direct sunlight can suffer from heat stroke, dehydration, dandruff, diarrhea, shock, heat exhaustion, solar dermatitis and even skin cancer.

Most vets stress that it is cruel to leave a dog in the sunlight between 11 a.m. and 6 p.m. Providing a dog with access to any kind of shade, whether it be a tent, a doghouse or just by leaving it indoors is better than leaving it out in the sun.

Walking a dog during these scorching hours is particularly dangerous because it combines physical activity and the heat. Unlike a human being, a dog cannot sweat through pores in its body but only through panting through the tongue. Experts suggest restricting walks to the early morning or late evenings if possible.

The heat has an adverse effect on a dog’s digestive system as well. Because dogs lose so much energy during this time, some vets suggest putting fats such as cooking oil and lard into a dog’s food, as well as adding water to a dog’s dry food, because the food is only kept dry for packing and shipping.

Feeding during the middle of the day can also cause your dog digestive problems.

There are telltale signs that a dog is suffering from some form of heat sickness. A reduced appetite can be associated with diarrhea, a disorder that can quickly dehydrate a dog. Symptoms of solar dermatitis include inflammations at the nose and the tips of the ears.

If a dog is not receiving enough water, dandruff is often a sign that its skin is too dry. If the dog is digging in the yard more than usual it is a sign that it cannot stand the heat, since there is more cool humidity underground.

If a dog shows diarrhea, dandruff, solar dermatitis or any other  disorders, it should be taken to a veterinarian immediately.