Despite his previous doubts about the benefits of the North American Free Trade Agreement (NAFTA) to Mexico’s poorest denizens, this country’s president-elect is expected to instruct his party’s legislators to give a thumbs up to the updated version, to be known as the United States-Mexico-Canada Agreement (USMCA). 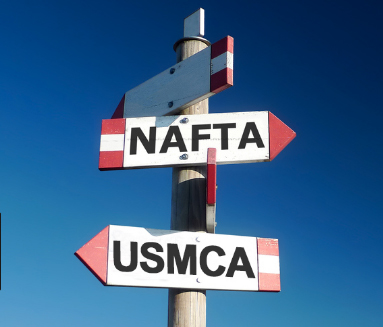 Talking to the media Monday after the United States and Canada successfully concluded their talks, Andres Manuel Lopez Obrador expressed his approval of the negotiated deal, in which several of his collaborators had participated in recent months.

Specifically, Lopez Obrador highlighted three areas of the deal that he is particularly pleased about: the commitment to boosting the salaries of workers in the automotive industry in Mexico, a paragraph that explicitly safeguards this country’s sovereignty over its oil reserves and the overall premise of an agreement that seeks to create favorable conditions for investment and long-term employment.

In fact, in a spirit of real generosity, Lopez Obrador praised Trump this week for his “tolerant” and “open” attitude to the talks. After a phone call between the two on Tuesday, Trump repaid the compliment, suggesting the two would share a good relationship.

Although the new agreement maintains large parts of NAFTA, significant concessions have been made on all sides, in particular in the automotive and dairy sectors, and regarding dispute mechanisms and the controversial “sunset clause.”

Primarily, Mexico will be forced to adjust to the provisions that the percentage of a car that must be made in North America will go up from 62.5 to 75 and that 40 percent of that content will have to be produced by workers who earn US$16 an hour.  Meanwhile, Canada has agreed to lift protections on certain kinds of milk and open up 3.5 percent of its domestic dairy market.  And the United States dropped its insistence on eliminating the Chapter 19 dispute-settlement mechanism and agreed to a 16-year expiration date for the deal, instead of their original demand of five years.

The new agreement also includes a major win for the massive U.S. pharmaceutical sector, with an increase in the time that a drug company can maintain its patent on a product before it can be manufactured as a generic (from eight to ten years).

The legislatures of all three countries will vote on the new deal, with Mexico’s Congress expected to stamp its approval before the December 1 presidential handover.  Lopez Obrador’s Morena Party holds a significant majority in both houses and little or no opposition is anticipated.

Neither does there seem to be much antipathy to the deal in Canada, although U.S. legislators will not vote on the deal until after the midterm elections next month. Passage of USMCA could become complicated should the Democrats take control of either house, analysts say, with approval potentially being used as a bargaining chip in the new legislative agenda.

Depending on the midterm results, the three presidents could sign the new treaty before Mexican President Enrique Peña Nieto leaves office at the beginning of December. One possible venue is the G20 summit in Buenos Aires, Argentina, to be held in late November.