Recently installed Jalisco Governor Enrique Alfaro has accused his predecessor  of “fabricating” crime statistics in the state during the past three years. 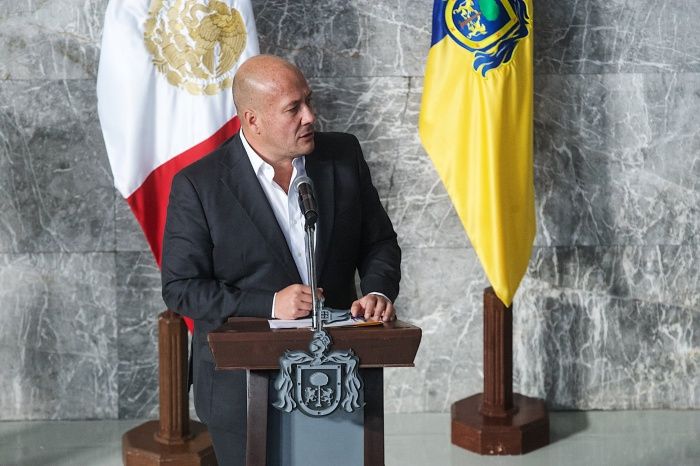 He has also charged the previous administration of gross incompetence and corruption in the management of the Fiscalia General del Estado (State Attorney General’s Office).

The discrepancies in the crime stats were discovered after comparing the number of case files opened at the Fiscalia General del Estado between June 2016 and November 2018 with records submitted to the Sistema Nacional de Seguridad Pública, the national agency that coordinates all federal, state and municipal public security matters and publishes statistical data on crime.

According to Alfaro, only 68 percent of the cases under “investigation” by the FGE between June and December 2016 were reported to the federal agency, which operates under the umbrella of the Interior Ministry (Gobernacion).  In 2017, this figure increased slightly to 70 percent, but dropped markedly to just 27 percent between January and November 2018.  Federal and state elections were held during the middle of this period, in July 2018.

Specifically, the FGE only reported around half of the complaints filed for vehicle theft, and robbery of persons, homes and businesses.

Alfaro said he is ready to open an investigation into the omissions, and expects criminal charges to be filed if those responsible are identified.

Eduardo Almaguer, Jalisco attorney general between 2015 and the end of 2017, denied the figures had been “manipulated” and said he would be willing to cooperate with any investigation.

The Sistema Nacional de Seguridad Pública makes no effort to authenticate crime figures supplied by state and municipal governments, taking them at their word.

Alfaro suggested the agency carry out audits of all state police department in Mexico to get a clearer idea of the national security situation.  In the interest of transparency, he said Jalisco would be willing to submit to an audit.

Alfaro also said a series of other past FGE irregularities have been discovered since the new state administration since it took over in December 2018.  These include “administrative incompetence,” a shortage of investigators, “phantom” employees on the books, and “corruption in a variety of areas.”