The mayors of Jocotepec and Chapala are on board for a new era of transparency, joining in as affiliates of the Jalisco branch of the Colectivo Ciudadanos por Municipios Transparentes (CIMTRA), a national network of citizen advocacy groups related to government accountability. 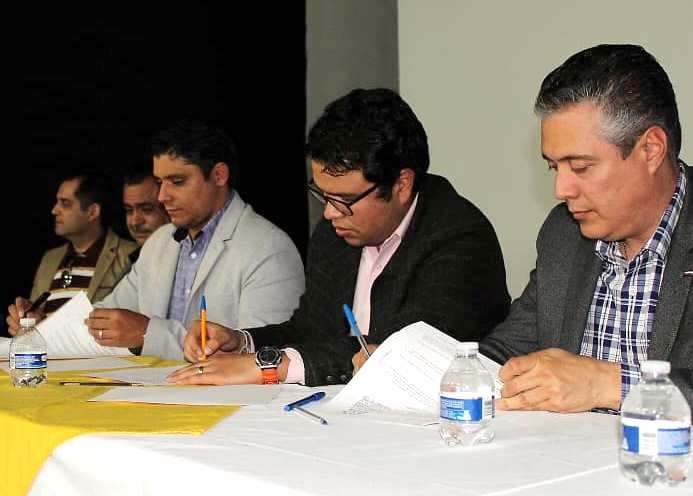 José Miguel Gómez and Moisés Anaya appeared together at a January 10 ceremony where they agreed to submit to periodic evaluations.  Regional coordinator Carlos Javier Aguirre Arias signed on behalf of CIMTRA.

“They say where there is will there’s a way, and the way we intend to follow is for transparency and accountability in use of public funds, above all so that the people of our municipality know how resources and their taxes are spent,” Anaya declared.

Gómez echoed that commitment, stating, “I believe we are advancing as people demand information.”

The CIMTRA formula grades local governments on nine parameters related to access to public information, communication between government and society, and attention to citizens. The evaluation process covers expenditures, public works, government property and its use, administrative efficacy, functions of the city council and mixed advisory boards, and the treatment of constituents.

Chapala and Jocotepec have a six-month grace period before being put to the CIMTRA test.

Víctor Merino de Jesús, current head of Chapala’s Transparency Unit, reports he is making progress on updating the municipality’s website while handling 300 requests for public information that were left unanswered by the previous administration in addition to new ones that come in daily.